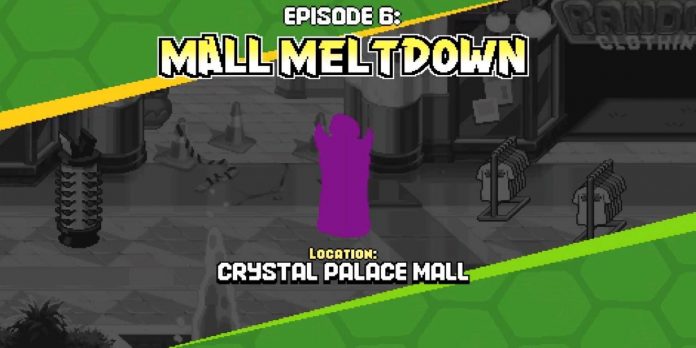 Almost every episode of TMNT: Shredder’s Revenge has secrets and collectibles to uncover. They are not required to complete the game’s plot and view the end credits, but collecting them will give players the opportunity to unlock some achievements and trophies.

This guide will show TMNT: Shredder’s Revenge players where to find all five secrets in episode 6, Mall Meltdown.

After breaking down a brick wall to enter a food court-like area, players will see a fragile trash basket/tray holder to the left of the taco shop. Destroy it to find one of the secret diaries.

After climbing the escalator to the next floor, players will eventually walk past a clothing store with several hangers in front of it. Keep going to the right to find another one of these trash cans/tray holders standing between two potted plants. Smash it to find a collectible VHS cassette.

In the same area where the VHS cassette is located, players will see a cut-out board of punk frogs from the old-school animated series TMNT. Smash the display to find a frog named Napoleon.

After going up to the next floor, go to the arcade to find a popcorn machine. Smash it to find a guy named Vernon. He is a cameraman featured in the animated series TMNT of the 80s.

After passing through the arcade, players will find another popcorn machine. Go ahead and break it down to find the last collectible of Episode 6, the disgusting bug (what was he doing there?)

Now that the players have collected all the items, they need to finish the level by defeating Tempestra in a typical TMNT boss battle.

TMNT: Shredder’s Revenge automatically saves the progress of the game when collecting collectibles, so if players die at the end of the stage, there is no need to collect items again.

After players complete all 16 episodes, they will finally be able to play as Casey Jones, the only playable character to be unlocked.

TMNT: Shredder’s Revenge is available for Linux, PC, PS4, Switch and Xbox One.

Hawk and the Winter Soldier: Easter eggs of part 2