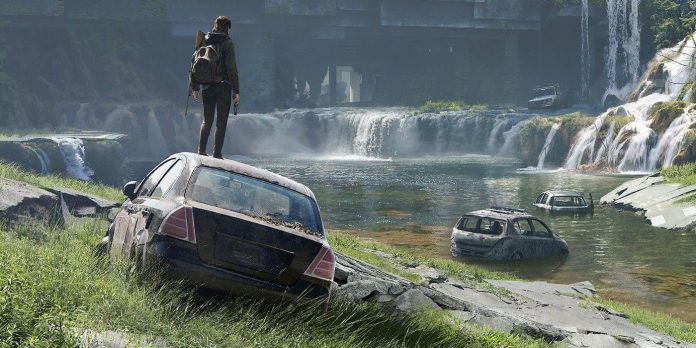 A hidden detail in The Last of Us: Part 2 shows that aquatic life is still thriving in the post-apocalyptic world of the franchise. In the action series Naughty Dog, humanity suffers from a fungal infection, which allows nature to reclaim the Earth and create a lush atmosphere for gamers to explore. Naughty Dog managed to fit a lot of details into The Last of Us 2, creating a truly exciting post-apocalyptic experience.

The Last of Us: Part 2 follows the plot of the first game, relying on its mechanics and world. The PlayStation 4 hardware allowed Naughty Dog to create an almost photorealistic version of the lush post-apocalyptic setting of the franchise, which focuses on flora and green shades, rather than radioactive fallout or barren deserts. The Last of Us 2’s character models, animations, and artificial intelligence create an incredibly immersive experience as players immerse themselves in Ellie’s brutal quest for revenge. Small details scattered throughout the game also help to add personality to both the world of The Last of Us and its characters. For example, a small detail from “The Last of Us 2” featuring Abby shows the playful side of the harsh and aggressive devteragonist.

Related: Rare TLoU 2 Animation Shows How Effective Ellie Is With a Machete

Modder and Twitter user Speclizer recently discovered a hidden detail of The Last of Us: Part 2, which shows that aquatic life is thriving after the fall of humanity. While people may be forced to live in small quarantine zones, Specklizer discovered a small pond where a large group of tadpoles can swim without fear. Although most players will miss this tiny detail, it makes the game world more alive for those who discover it. The Last of Us: Part 2 also features other marine life, namely the spotted seal that Abby and Owen encountered, which suggests that aquatic life thrives without human intervention.

PlayStation 4 hardware allowed Naughty Dog to fill The Last of Us: Part 2 with details, and the upcoming remake of Last of Us for PS5 will undoubtedly make the original game just as exciting. The recently announced remake recreates the first part of the franchise from scratch, preserving the classic plot, adding an upgraded gameplay and stunningly realistic graphics. While the original release of The Last of Us was impressive for 2013, the PlayStation 5 version is sure to impress with hidden details like Last of Us: Part 2 the tadpole pond.

In The Last of Us: Part 2, it is possible to create a truly plausible version of a post-apocalyptic America devastated by a fungal infection. The main theme of the series is that nature can really thrive without human intervention, and the hidden tadpole in the sequel is the perfect way to illustrate this concept. While The Last of Us may depict the last years of humanity, aquatic life on Earth will live without worrying about a fungal apocalypse.

Orville’s Holodeck Does Something That Never Happened in Star Trek