Home Entertainment Titans: Date and Trailer of Season 3 That Points to “A death... 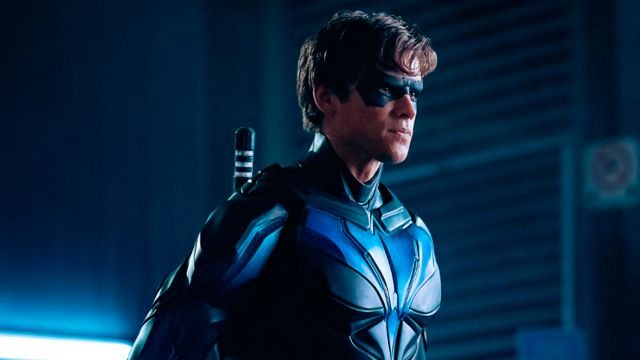 Titans: The third season of DC’s young superhero series travels to Gotham and introduces new villains like Red Hood and … the Joker himself?The third season of Titans, the successful DC Universe series that is now going to HBO Max in the United States (remember that it is broadcast in Spain on Netflix), already has a first and exciting trailer that you can see on these lines and date of premiere confirmed on HBO Max. Thus, it has been presented by those responsible, also sharing its official synopsis and a brief introduction of what awaits us in this new batch of episodes of the young DC superheroes.

Premiere on HBO Max on August 12

Thus, season 3 of Titans will take the young super-team to the cold and dark city of Gotham, with the villain Scarecrow as the main threat; but there will be more. And it is that Dick Grayson will be conditioned by the meeting of him with Barbara Gordon in his role as a policeman, while Bruce Wayne returns to the series and the first clues of the arrival of Red Hood are given. Although perhaps the most disturbing moment is in which the appearance of a whole DC icon like Joker is hinted? And it is that everything points to a possible adaptation of A death in the family with the murder of Jaon Todd.

“Our story with Dick returning to Gotham (with Gotham itself as a great character this season) is about sons and daughters putting themselves in the shadow of their parents. Barbara is going to be upset about Dick’s arrival. Barbara thinks that the legacy of Bruce and Jim has been this idea that she thinks is outdated and ineffective: the God syndrome, which means that superheroes create the situation in which they are heroes, “says Greg Walker, showrunner of the series .

We leave you with the synopsis of this third season of Titans that premieres on HBO Max on August 12 and, for the moment, no date in Spain through Netflix: “Titans follows young heroes from all over the DC Universe as they reach come of age and find their place. In the third season, circumstances lead our heroes to Gotham City, where they will reunite with old friends and face new threats. “

Resident Evil 8 Village will have new gameplay in the Showcase:...