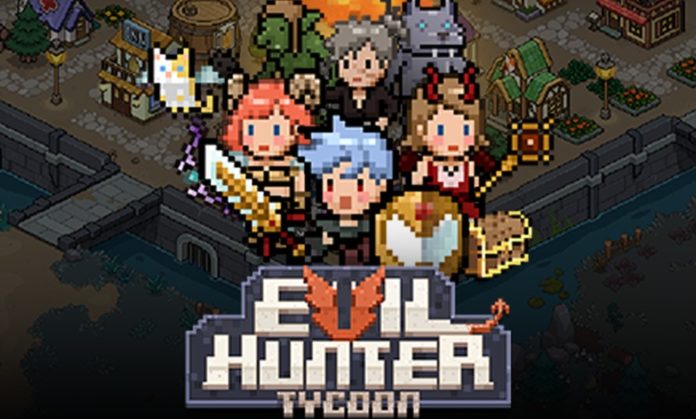 Evil Hunter Tycoon is a fantasy game that mixes mechanics of simulation and strategy, available for free download on Android and iOS phones (iPhone). The game was released in March 2020 by Super Planet and looks like other fortress-building titles like Clash of Clans and resource management like Last Shelter: Survival. The proposal is to rebuild a world that is being destroyed by an entity called “Dark Lord”.

The supplies to continue improving the cities are obtained by the Hunters, heroes who live in the village and have the mission to kill the monsters to bring peace back to the world. See, below, how to download the game on cell phones and tips to do well.

Step 2. On the game page, click on “Install”. To download the title, the phone must have Android 4.1 (KitKat) or higher. In addition, the game occupies 80 MB in memory. To start playing, just click “Open”.

How to download on iPhone
Step 1. Enter the Evil Hunter Tycoon download page on TechTudo. Select iOS, in the right corner, and click “Download”. You will be redirected to the game link on the App Store;

Step 2. With the game page on the App Store open, click on “Get”. On the iPhone, the game requires 187 MB of free memory space and requires that the device has installed iOS 11.0 or later.

Tips
The beginning of Evil Hunter Tycoon is quite simple. An initial tutorial will explain to the player about the basic concepts of the game. The initial missions, which consist basically of constructing the buildings that serve hunters, serve to show the management mechanics. In addition, it is also important to be aware of some issues so that the city’s evolution occurs more quickly.

The outside of the city is filled with monsters like werewolves, vampires and succubi. Hunters are responsible for killing these creatures, which generates resources that drive the economy. Despite hunters picking up items, a lot of things end up on the floor. For this reason, it is important to conduct a sweep from time to time on the outskirts of the city, to pick up resources such as old magic dust, orange peels, linen fabrics, bronze ores and elementals.

Hunters are the city’s protectors against evil creatures. In addition to preventing monsters from spreading further, they are important in making the economy spin. That is, after the hunts, they bring items and still use the various services that the city offers. In order for everyone to get back to the battlefield as quickly as possible, the heroes must be taken care of.

In this regard, it is important not to keep hunters waiting in lines at the boardinghouse (where they sleep to recover their health), tavern (where they drink for fun), restaurant (where they eat) or infirmary (where they recover the life lost in the fighting) ). The player must be aware to always produce the resources that hunters are in need.

Achievements are objectives that reward the player with items and gems, necessary for some actions in the game, such as summoning new hunters. So, a good tip is to keep an eye on achievements to get important resources.

Evil Hunter Tycoon offers features in exchange for the player’s attention for a few seconds. That is, it is possible to watch the advertisements to get experience for hunters, for example. Advertisements can be seen through a chest, the appearance of which will appear as a message on the screen. In addition, there is a monster of its own in this regard. The “advertising gnome” is a creature that carries a red flag and offers rewards for those who watch a short advertising video.

Send the hunters to the dungeon

In addition to the traditional battle around the city, it is also possible to launch hunters on special missions. The building called “dungeon” consists of a mission that offers special rewards. To enter the dungeon you need to select a team of hunters who will face battles until they reach the final boss, who is much more powerful than all the other monsters in the game. If the boss is defeated, the player will receive special items and, in addition, hunters will be able to level up.