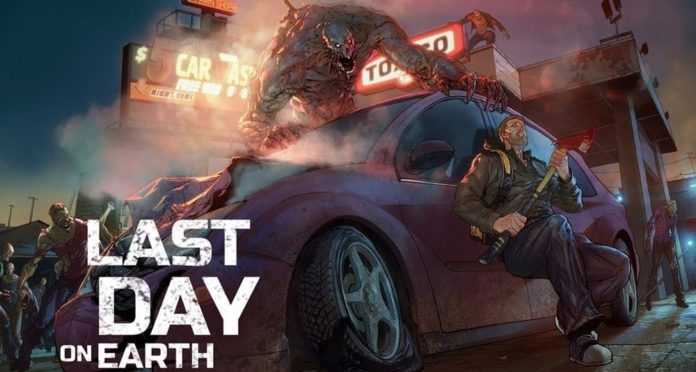 Last Day on Earth: Survival is an action game that is available for free download on Android and iOS (iPhone) phones. The game was released in 2017 by Russian production company Kefir and is set in a post-apocalyptic world. The mechanics of the single player game consist of combat with zombie and human enemies and resource management.

In addition to food to keep the character alive, it is necessary to collect things to build weapons and objects that serve for self-defense and survival. Last Day on Earth was the winner of the “Most Innovative Mobile Game of 2017” category and was nominated in the “Google Play 2018 Public Choice” category. See below how to download the game on smartphones and tips to survive for a long time.

Step 2. The game page on the Google Play Store will open. Click “install” to download the game. After that, the game will be available to be played. You must remember that the game requires that the phone has 271 MB of space and that Android is 4.1 (Kit Kat) or higher.

Step 2. With the App Store page open, click “get”. The download and installation will take a few minutes. In the case of iOS devices, you must have 795 MB of free space and the installed version of the operating system must be 9.0 or later.

At the beginning of the game the main concern of the player should be to accumulate items. This is important because the items are being used to build objects that facilitate survival, such as the bonfire, for example. Before storing the items, however, it is necessary to get a backpack. It will increase the capacity of things that can be carried. If the resource is not important to be loaded, it can be stored in the chest that is located inside the character’s house.

Think carefully about the items that will be discarded

All items in the game can be used to build something. Some will be useful only at the front, but they will be useful. Knowing this, it is necessary to think very carefully when some resource will be thrown away to make room in the backpack or chest, since discarded items cannot be recovered. Water bottles, for example, may seem useless at the beginning of the game, but must be reused when the player builds a rainwater collection, which can refill the bottles.

Level up doing activities in the forest

Last Day on Earth will release new items to be created from the player’s level. Killing zombies and other hostile survivors are among the activities that generate experience to level up. An easier way to evolve in the game is to cut trees and mine in the forests. For that, it is necessary to create an ax and a pick. Each tool needs three pine logs and three pieces of limestone to be built.

Explore other locations on the map

Part of the game’s mechanics is based on exploration. Because of this, it is essential to go to other accessible locations on the map early in the game. It is important to pay attention, however, to the indication of the level of difficulty of the place. Forests with green dots, for example, are easy to explore and have few enemies. The yellow ones have a medium level of difficulty and the red ones are quite challenging. The latter should only be considered when the player is at a reasonable level and has excellent equipment such as weapons and vests.

Facing enemies can be face to face or in a stealth manner. The best way to battle is the second, since when your character arrives in a crouch, he can kill a zombie or human enemy with just one strike. This style of approach is also essential when hunting animals for meat.

Remember to get daily rewards

In the “messages” section of the game menu, it is possible to redeem rewards daily. In addition to random items according to the missions and objectives accomplished, it is possible to receive at least bottles of water and canned food every day. They are important in situations of scarcity and emergencies.

Watch out for the horde

In addition to the rewards, another “surprise” that the player receives every day in his home is the horde, a large group of zombies that destroy and kill whatever lies ahead. At the beginning of the game, when the fortifications of the house are made of wood, everything will be brought down by the living dead. So there is no need to worry about the walls of the residence at the beginning of the game, as everything will be summarily destroyed every 24 hours. In addition, another important tip in horde attacks is to be away from the home screen. With this, the player is less at risk of being killed by the creatures.

The unspoken details of the iPhone 13 series!