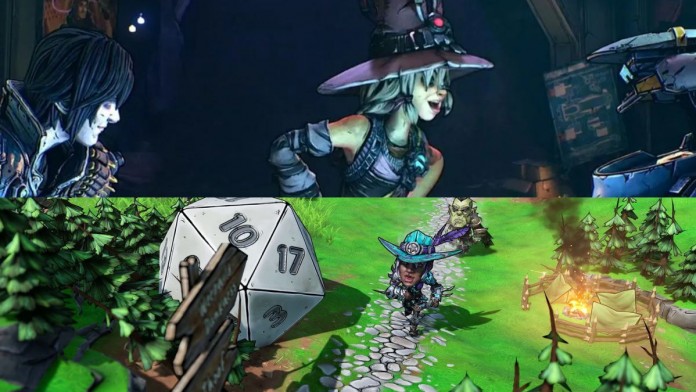 Tiny Tina’s Wonderslands: Randy Pitchford suggests that Borderlands 3 will enjoy cross-play with PlayStation consoles in the future. Tabletop RPGs will take on a life of their own with Tiny Tina’s Wonderlands, an all-new title set in the Borderlands universe. The traditional game concept is mixed with looter shooter mechanics to offer an adventure-filled action experience. Randy Pitchford, head of Gearbox, has confirmed on Twitter that there will be cross-play between all versions of the video game.

“Tiny Tina’s Wonderlands will be released on March 25 with full crossplay between all launch platforms, including PlayStation,” says the director. “Incredible work by the engineers at Gearbox and thanks to our partners at 2K Games and first parties, including Sony, for working together on this.”

After posting this tweet, Pitchford himself has retweeted the text and has asked players to be patient with possible errors that may arise when activating crossplay. “It is a difficult thing and no platform was designed for it. We’ve done impossible work to make it happen and to make it easy to use, but this is new territory and wilderness is not test territory.”

Borderlands 3, will it have crossplay with PS4 / PS5?

And what about Borderlands 3? Will it have crossplay with PlayStation 4 and PlayStation 5 consoles? When this functionality was implemented, Sony machines were left out. However, a path to hope opens up. “Borderlands 3 has had crossplay for a while now. The future inclusion of PlayStation to crossplay is something that I consider inevitable. There will be more information as soon as we have it.

Tiny Tina’s Wonderlands will be released on March 25 on PS4, PS5, Xbox One, Xbox Series X, Xbox Series S, and PC. If you want to know everything about him, we recommend you take a look at FreeGameTips’s impressions, which you can consult at this link.

Outlander: The curious theory of the ghost of Jamie Fraser and the festival of Samhain