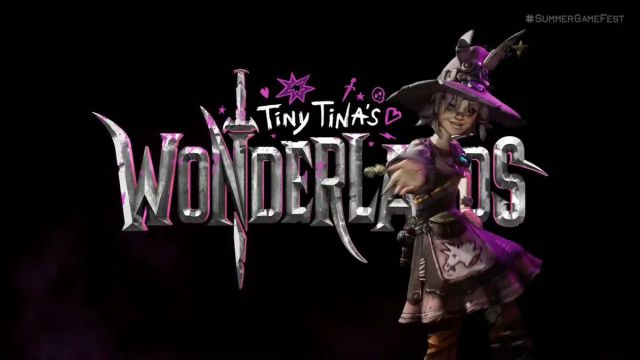 Tiny Tina’s Wonderlands: Gearbox presents its new proposal based on the Borderlands universe during the Summer Game Fest 2021. The title is standalone and will arrive next year. Tiny Tina’s Wonderlands is the new video game from Gearbox, parents of Borderlands. Maintaining the same artistic style and playable aspects, we are facing a totally new installment with its own mechanics and character customization. The title has been presented during the Summer Game Fest conference on June 10. As you might expect, it is centered on the figure of Tiny Tina.

“If you’ve never played Borderlands, it’s a great gateway,” said Ashley Burch, a member of the company. As they explain, it is a complete and independent experience with a narrative cooperative campaign for up to four players, added to post-game content. Hopefully this summer we will have new information on Tiny Tina’s Wonderlands. The game is scheduled to launch in early 2022.

E3 2021 is just around the corner. After this Kickoff Live of the Summer Game Fest, ESA will kick off the first digital edition of E3, which will be held from June 12 to 15. The event will feature a multitude of conferences, including those of the most important companies in the sector, resulting in a frenzy of announcements difficult to number. The first main course will be from the hand of Ubisoft and its Ubisoft Forward this June 12 at 9:00 p.m. peninsular time in Spain.

After Gearbox and Devolver Digital, Xbox will join forces with Bethesda in a very promising Games Showcase in which we will see much more than Halo Infinite. It will be held on Sunday, June 13 at 7:00 p.m. (CEST). From there, Square Enix, PC Gaming Show, Capcom, Warner Bros., Take-Two and Nintendo between June 13-15. It will be Nintendo, with the now traditional Nintendo Direct, which will present its arsenal next Tuesday, June 15 at 6:00 p.m. peninsular time in Spain. Later in July, it will be EA with EA Play Live when it shows us what it has in store for the months and years to come.

We invite you to follow all the live and direct coverage on MeriStation, where you will have all the news of the announcements that are to come.