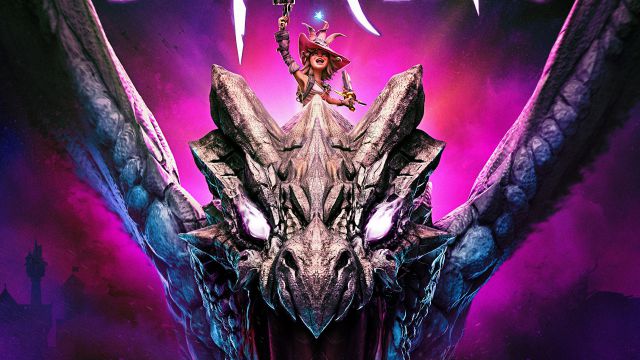 Tiny Tina’s Wonderlands: The Gearbox and 2K Games video game was officially announced during the Summer Game Fest 2021 Kickoff Live event. We knew that 2K Games and Gearbox were going to announce their new production in the framework of the Summer Game Fest 2021, presented and organized by Geoff Keighley. He did it as soon as the show started, with the company’s Ashley Burch on stage. Now, through a press release, the publisher has presented new details about Tiny Tina’s Wonderlands, an independent video game set in the Borderlands universe.

This video game is an epic fantasy title that will once again embrace the looter shooter genre. Players will have the opportunity to create and customize their own multi-class heroes, all of them while looting, shooting, and casting spells against enemies. There will be dungeons full of treasures, which will serve to obtain the necessary resources that will help us to defeat the Lord of the Dragons. We can use different weapons, bullets and magical powers. The world, created by Tina Chiquitina’s imagination, creates the rules and modifies the world on the fly. She will be the one to guide the users in the adventure.

Campaign for up to four players

This is a complete and independent experience, which will feature a cooperative and narrative campaign for up to four players.

“Wonderlands is the culmination of more than a decade of development at Gearbox Software to create an RPG set in a fantasy universe,” said Randy Pitchford, founder and executive producer of Tiny Tina’s Wonderlands. “For me, bringing Borderlands weapons to fight dragons, skeletons, goblins and more in an original fantasy world imagined by the galaxy’s deadliest thirteen-year-old Tina Chiquitina in a full new AAA video game is a dream come true. .

“Between the talent for development in Gearbox and the undeniable power of the stars in the cast, we are extremely excited about this game,” said David Ismailer, President of 2K. “We are always looking for compelling ideas and ways to continue expanding the strength of our intellectual properties, so we are happy to help bring together a creative team together with a world and character that are sure to leave their mark not only on our long-time fans, but also in a new audience ”.

Tiny Tina’s Wonderlands will be released in early 2022 on Xbox One, Xbox Series X, Xbox Series S, PS4, PS5, and PC (via both Steam and the Epic Games Store), before the end of the fiscal year (en that is, before April 1 of next year).

Dr. Mike Explains His Problem With KSI’s Boxing Rivals Before The...

Everything You Need To Know About the New Hulu Best In...