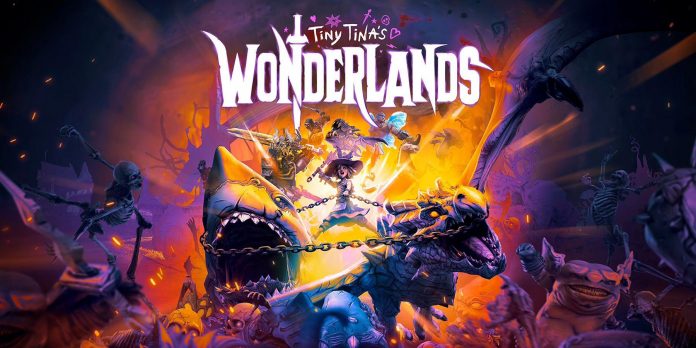 Tiny Tina’s Wonderlands is the newest looter shooter from Gearbox, a by—product of the popular Borderlands series, which has firmly held its position in the genre since the original Borderlands 2009. Along with a fairly brutal shootout, unique characters with a variety of skill trees and abilities, as well as a stylized artistic style of cel-shading, one of the main advantages of Gearbox games is the huge variety of loot obtained. Assault rifles, sniper rifles, rocket launchers, submachine guns and pistols are spawned with a random configuration of weapon parts, resulting in countless potential weapons.

To help players acquire particularly powerful weapons, Gearbox occasionally releases SHiFT codes that can be exchanged for keys to open a loot chest containing equipment of higher quality than usual. The new SHiFT code published by Randy Pitchford is T3FJT-F6RCH-WWJKW-B33BT-KRRHB. This code can be exchanged for one skeleton key in Tiny Tina’s Wonderlands, so players will be able to open the skeleton chest once in Brighthoof for potential equipment upgrades. It is usually recommended to keep these keys until the character reaches the maximum level, that is, the 40th level in Tiny Tina’s Wonderlands. This ensures that rare loot won’t be easily replaced after a few levels.

Like the previous SHiFT codes with a limited validity period, this code can be used for one week before the expiration date on July 14. Players will need to enter the code either through the official SHiFT website or through the SHiFT game menu. As soon as the code is sent, players will receive an in-game letter with the skeleton key attached and will be able to go to Bright Hoof to open the Skeleton Chest. The loot from the Skeleton Chest is guaranteed to be at least of rare (blue) quality with increased chances of being epic (purple) or legendary (orange).

Gearbox is known to release new SHiFT codes from time to time to celebrate certain events, although this code, published by Randy Pitchford, simply marks the arrival of another Friday. Tiny Tina’s Wonderlands has recently been released on Steam with full cross-play capability, which has led to a dramatic increase in the number of players.