Home Entertainment Tiny Tina’s Wonderlands, From The Board To The Video Game: A Tribute... 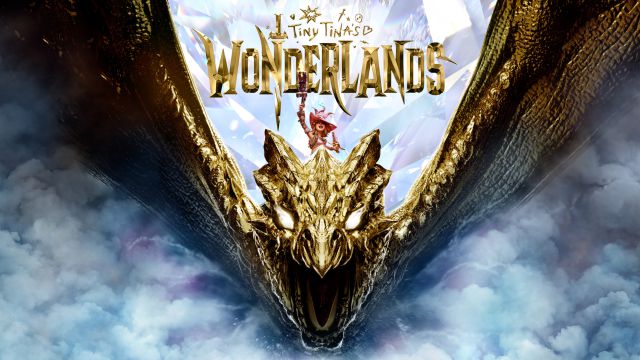 Tiny Tina’s Wonderlands: We spoke with the Gearbox team to find out about the creative process for the new video game set in the Borderlands universe. Playing is universal. It is a mechanism that humans and animals share, and that accompanies us throughout life. Years, decades and millennia pass, but board games are still part of our daily entertainment. Video games, far from replacing them, have explored other forms and have evolved the formula in other directions. Tiny Tina’s Wonderlands, the new Borderlands spin-off developed by Gearbox, retains that love for the more traditional play experience. MeriStation has sat down – virtually – with Matt Cox (creative director), Adam May (art director) and Gabriel Robitaille (senior level designer), and this is what they have told us about their ambitious project.

New to Gearbox is a fantasy looter shooter, combining weapons, magic and role-playing elements. “We wanted to build on the board RPG style, bring people together,” says the creative director. “One of the best things about these games is that they bring friends together. In the same way that the board links characters and players, we realized that it also connected the video game correctly ”. As Cox explains, it is the board that articulates the mechanics and the one that invites you to enjoy in company.

The board as glue

The main influence was Tina Chiquitina Raid the Dragon Dungeon, a Borderlands 2 DLC that has just been re-released as a standalone title. “We realize that many developers love board games. I thought that not only are looter shooters exciting, but we had to find out what else we could do ”to evolve the concept outlined in that downloadable content. The solution was to introduce more board game elements into the product. According to Adam May, in the studio there is a room dedicated to board games, where the developers meet to enjoy the games.

In pencil and paper RPGs, character sheets are a critical part, an aspect that Gearbox and May himself were aware of. “The first thing we did to respect the spirit of RPGs was create the character editor, something different than what we have done before in Gearbox.” The team wanted the players to be able to express themselves, but not only through their physical appearance, but also through the way they play. Customization expands as you progress through the game: tattoos, makeup, skin color … You sometimes get items of this type by defeating bosses. You can even modify the space between the character’s eyes or the size of the eyes individually. “It’s going to be a testing ground for players once they unlock these options.” In total, we enjoy four different personalities, to which you can assign different voices, two for each of them.

Guide to the cast of season 4 of the TV series...