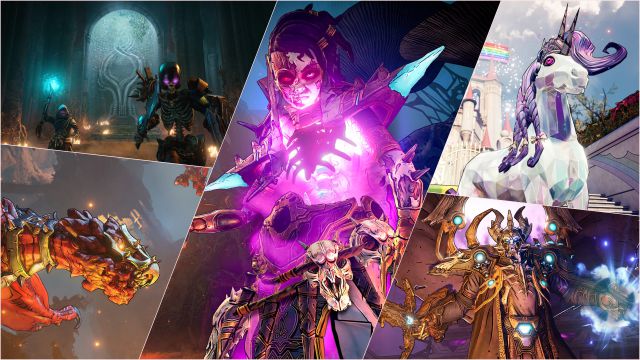 Tiny Tina’s Wonderlands reviews some of the scenarios and classes that will be available for launch on March 22, 2022 on PS5, PS4, Xbox and PC. Tiny Tina’s Wonderlands reveals a preview of what awaits us in the full version once it lands on March 25, 2022 on PS5, PS4, Xbox Series X | S, Xbox One and PC. From Take Two they assure that this is “the first of several communications” planned during its promotional period. We know some of the elements that will accompany us in this spin-off of the popular Borderlands saga.

Tiny Tina’s Wonderlands and its classes: this is the Overworld

Matt Cox, creative director of the project, confirms of two unpublished classes available from day one. One of them is Daggerman, a “critical hit oriented” style of play. “Daggeromancy is about creating and seizing opportunities,” reveals Cox. Stealth will be key to landing the right blow at the right time. On the other hand, Brr-serker appears as a role that doubles as a tank. These characters complement “his firepower with brutal melee attacks and left and right.”

The Overworld will be the typical board “as an unmistakable nod to board games.” Once in it, the camera will change perspective to explore the world made by Tina. Among the main scenarios we will find “some totally optional area” with which to obtain extra equipment. Castillo de Stamental del Culo, Osasis Diente Solar or Cascoalegre are just some of the settings that we will visit during the adventure.

Like any medieval fantasy game worth its salt, spells and melee weapons will be tools that will be added to the formula. You can have any edge of your choice equipped; the main action will combine magic (in the left hand) with classic firearms (in the right). “Some spells will vent easily to the enemy, frying him with fire or causing him to fly off with a tornado; others will be even more useful, granting you and your allies some protection or reductions in cooldowns, ”Cox emphasizes.