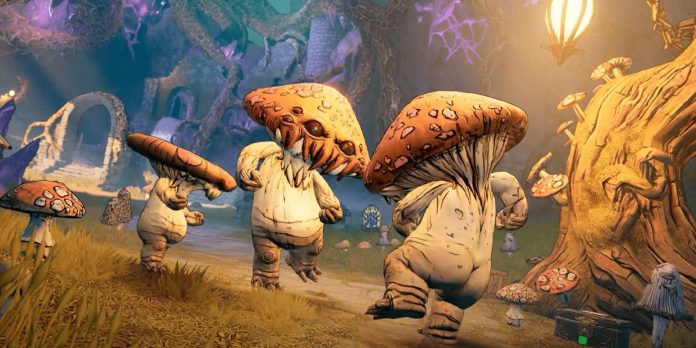 Tiny Tina’s Wonderlands was busier than ever. Around the same time as the recent release of the third Mirror of Mystery, Molten Mirrors, Gearbox Software developer announced that a new class called Blightcaller will also be introduced in the fourth Mirror of Mystery. It looks like a corrupt druid, and it will be interesting to see how this new class mixes with Tiny Tina’s Wonderlands cross-class feature.

Of course, fans should know that there are a lot of “mini-events” on the way. Gearbox recently released a monthly mini-event roadmap detailing every Tiny Tina’s Wonderlands event happening through July 20th. Maybe then another event will start or something will come out, but for now fans should know about the mini-events.

These mini-events, they said, are small bonuses that will be valid for the next three weeks or so. The first of them is called “Successful Meetings” and will take place on the Tiny Tina’s Wonderlands world map. He sees that players will get more loot from random encounters, so players should probably avoid close combat with these enemies on the map and engage in combat instead.

Replacing it, Additional features occur in the Tangledrift and Mount Craw locations. It just ensures that there will be more money in these areas, and it can simplify some elements of the game. For example, one of the achievements requires players to unlock all inventory expansions, and this becomes quite expensive. There are ways to make money, but for those looking for legitimate funds, this mini-event can be a useful option.

The last item indicated in the roadmap of the Tiny Tina’s Wonderlands mini-event is the extended megamarathon races, which make the extended Chaos Chambers races even longer and “more intense”. It goes without saying that this will strengthen the loot obtained by the players. While these events may outline the next few weeks, many are probably curious about the future of the game as its first season pass is slowly coming to an end.

Gearbox has not announced a second season pass for Tiny Tina’s Wonderlands, and while it may be too early for that announcement, many would probably welcome it. Of course, there are some changes that fans will make to Mirrors of Mystery, but new content with some changes will probably be welcomed by fans.

Vikings Valhalla: Leo Suter reveals what we suspected about the continuity...