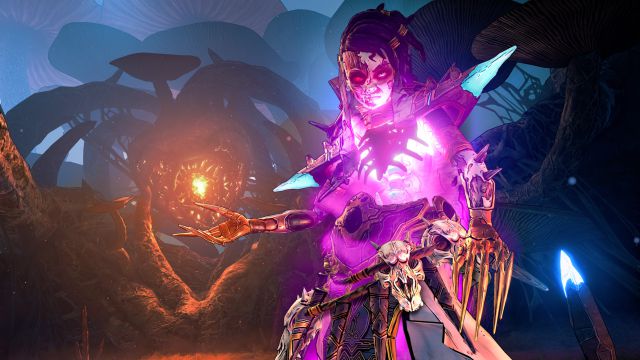 Tiny Tina’s Wonderland: The new independent spin off builds on the ingenious ideas of one of the most memorable DLCs in the main saga, although it can’t get away from its long shadow. At the end of last month, 2K Games made it possible for us to try a piece of Tiny Tina’s Wonderlands in advance, the new spin-off of the Borderlands universe that Gearbox is showing off in physical and virtual stores this March 25. The experience was just a brief appetizer of what has ended up being the final result and as expected, it seems not to waste efforts in attracting new fans to the franchise, but rather to capitalize on the millions that it already owns and that they wait and consume with eagerness any content related to this universe. And in this sense there is no reproach: Wonderlands offers the shooter-looter experience that we had in mind and adds a few tweaks in this installment to keep it fresh, although we always step on well-known territory.

The Borderlands saga never had any problems in making the craziest proposals at a plot or artistic level, but giving the baton to Tiny Tina is already blatantly giving in to nonsense. It’s a great tactic used on a creative level, we think, because since everything revolves around an RPG game that our favorite teenager and explosives fan directs, there is absolute freedom to do and undo without falling into script holes or continuity problems. . And the game knows this and even jokes about it, with its own ability to map a certain way simply because it can; or change it, instantly, because Tina wants it that way. Anything goes in Wonderlands and thanks to this we find some of the best designed scenarios in the entire saga, with greater detail and better drawing. But you never lose the style that characterizes the series and that is something that can make or break the mold for some, because one always has the feeling of déjà vu, of this – or something very similar – I have already played it before.

The most veteran of the franchise may remember that expansion that Borderlands 2 received called “Tiny Tina assaults the Dragon’s Dungeon” in which the concepts of the title that we are dealing with today were outlined; and in essence the title that concerns us is the same, but this time taken on a larger scale… with all that it implies. We must applaud the efforts of the developers to give a role-playing approach to a shooting game, sparing no efforts in any area: character creation sheet, archetypes, multiclass, skills, magic, fortune rolls, etc. There’s even a “world map” where you can move your figure as you please, random encounters with enemies, dungeons to win loot… It’s all there. Of course, 95% of what we are going to see is a redesign of Borderlands 3; it’s like a Borderlands skin, but modified and worked with a lot of love.