Home Entertainment Timothy vs the Aliens, available July 22 on Nintendo Switch and PC 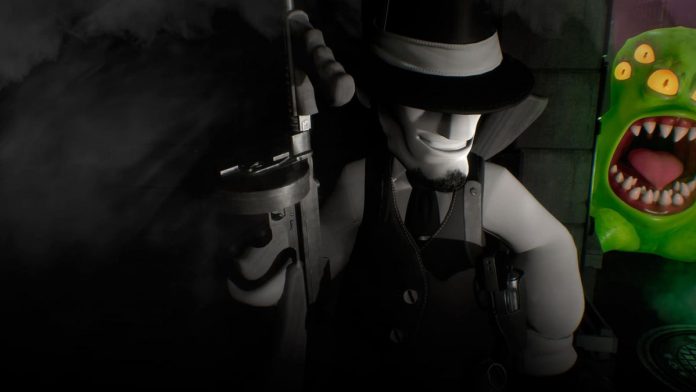 Timothy vs the Aliens: After its passage through PlayStation 4, the WildSphere game reaches other platforms; all the information about its launch. The Spanish studio WildSphere has announced that Timothy vs the Aliens can be enjoyed from today July 22 on Nintendo Switch and PC (through Steam). The game has been in reserve for players of the Kyoto Hybrid for a few days, with a 14% discount that has expired with its launch.

Timothy vs the Aliens is part of the genre of action platforms in an open world. The protagonist is a gangster named Timothy who will have to deal with a threat greater than his trickery. In fact, he will be the leader of the resistance against an invasion of terrible aliens that threaten to destroy everything in his path.

WildSphere’s work stands out for its black and white world, which contrasts with the aliens, who look very colorful. Combining platforming, exploration and fast-paced action, Timothy will fight with all his might against numerous enemies, all while driving classic cars, using powerful weapons or acquiring the necessary items and weapons to face the challenge he faces in front.

Slow down time, the power of the protagonist

According to the press release, the character “will also have the help of other visitors, who will grant him improvements, in addition to having an ace up his sleeve: a special power to slow down time. Timothy’s world will take the player back to classic gangster movies with a touch of black humor and eccentricity. ”

Timothy vs the Aliens originally went on sale on PS4, where it has already won over 120,000 users. According to WildSphere, this new version includes a good assortment of improvements: higher performance, more vegetation, visual effects, better enemy AI, new configuration options, as well as an interface design adapted to the needs of Nintendo Switch. The goal is “to get a great experience on the new platforms.”