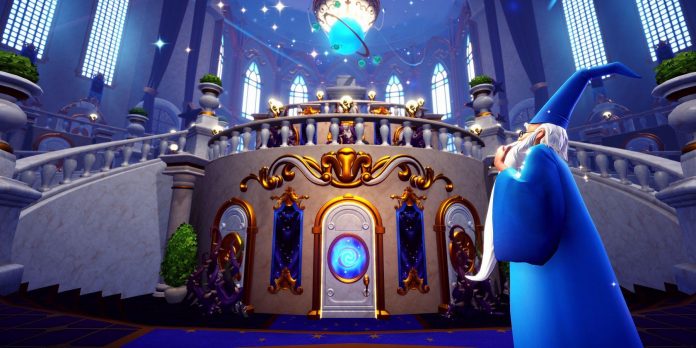 Earlier this year, Gameloft announced Disney Dreamlight Valley, a life simulation game where players can make friends with their favorite Disney characters (villains or someone else). Early access was confirmed a few months after the game’s announcement, and pre-orders for the Founder’s Edition for the Nintendo Switch, Xbox, Epic Games Store and Microsoft Store were opened shortly thereafter.

When will Disney Dreamlight Valley be released?

Disney Dreamlight Valley players interested in playing the game on Steam, Epic Games Store or Playstation will not be able to pre-download the game until early access begins, because, unfortunately, it is not possible to pre-order the game on these platforms.

How much space does Disney Dreamlight Valley need?

Players worried about how much storage space Disney Dreamlight Valley will eat up don’t have to worry. Although Steam says that the game will require 10 GB of memory, when installed, the game reaches only 7.53 GB. This is obviously nothing compared to some games that come out these days, which have a file size of 80 to 100+ GB. However, players should keep in mind that the file size is expected to increase as the game receives updates in the future.

Can players import their avatar from the avatar creation tool?

Disney Dreamlight Valley players who have downloaded the free avatar creation tool and experimented with it will be happy to know that their avatar can be imported into the game when early access is released.

To eliminate possible confusion on this issue, Gameloft has published a news story detailing how players can import their avatar when Disney Dreamlight Valley officially starts early access. PlayStation players will not be able to import their avatar until the first update is released in the fall of 2022. It makes sense that Gameloft will make this a feature, as players customize their avatar and their own home — important parts of the game.

Gameloft has announced that Disney’s Fairy Tale Valley will be officially released sometime in 2023 and will be free. Although there is no official date yet, players can confidently expect that a full release announcement will appear in the second half of 2023, so that the community will provide Gameloft with meaningful feedback about the game.

Uncle’s role in Dr. Dre sabotaging his deal with Apple, and...

The huge mystery of One Piece is about to be revealed