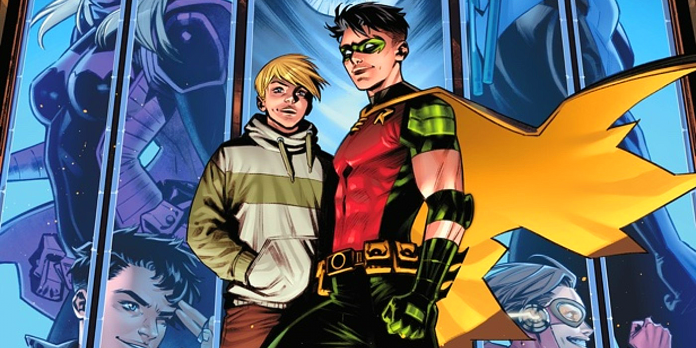 It’s hard to be Robin, and it’s even harder for Tim Drake to come to terms with his sexuality. Having recently stated that he is bisexual, Tim explains why he didn’t do it before.

Of all the Robins, Tim Drake is unique in that he was the only one who was looking for Bruce Wayne. After Jason Todd died at the hands of the Joker, Tim Drake brought out the truth that Bruce Wayne was Batman. He knew Batman always needed Robin, and begged former Robin Dick Grayson to return to the role. But Dick had become Nightwing and was not going to return to Batman’s side. Instead, Tim Drake got to work and instantly became a fan favorite character.

Tim Drake recently declared himself bisexual in the DC universe. The recently released DC Pride: Tim Drake Special #1 is a reprint of Megan Fitz Martin and Alberto Jimenez Albuquerque’s short story “The Song of the Bats”, which originally appeared in Batman: Urban Legends #10. In this story, Tim is actually dealing with an awkward conversation about his sexual identity with Batman. He explains that he didn’t always know who he was, but being Robin takes a lot of time. Tim tells: “It’s hard to achieve personal enlightenment when you’re fighting supervillains in tights every night.”

Romantic entanglements are a recurring theme in superhero comics for a number of reasons. There is an aspect of danger that heroes are afraid that villains will find out who they are and attack those they love. Then there is the practical aspect of time. It’s hard for heroes to devote their time to someone when they’re fighting crime. Tim offers the other side of this dilemma. It’s not that he’s afraid of putting people in danger or he doesn’t have time, but that he’s still not sure who he is as a person. Being Robin is such an external distraction that he has never had the opportunity to reflect inside himself.

This characterization of Robin goes far beyond simply recognizing him as bisexual. This shows that it’s not as simple as if the D.C. editors just decided he was bi. It shows that Tim Drake himself has been struggling with this side of himself for a long time. Being a vigilante and providing security on the streets of Gotham is a full—time job. But these heroes are still people with their own internal struggles and conflicts. Tim Drake has failed in this personal reflection because of his Robin duties, and now he is taking the bold step to try to combine them.

Barbie showed the first look at Ryan Gosling in the image...