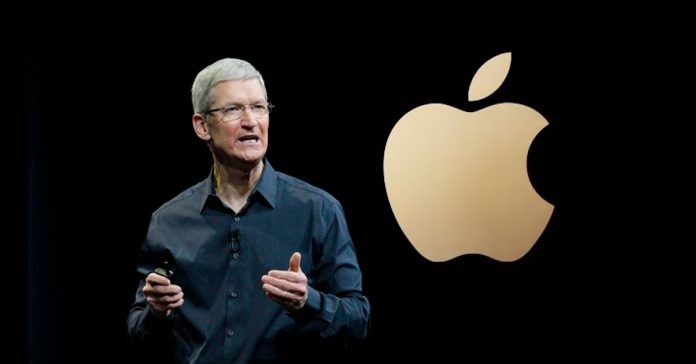 Apple CEO Tim Cook was a guest on The New York Times columnist Kara Swisher’s podcast program “Sway”. The executive commented on Apple’s long-standing dispute with Facebook, its approach to privacy, Apple’s ongoing legal battle with Epic Games, and possible Apple innovations that we could see in the future, such as Apple Glass.

Apple is currently having some privacy disputes with Facebook. The two companies are in the middle of a public debate about an upcoming feature that requires apps to ask for their approval before tracking user activity, especially on iOS.

According to Cook, it will come with iOS 14.5 in “a few weeks,” and the new feature called Application Tracking Transparency (ATT) will force apps to ask users for permission to track on other apps and websites. Facebook strongly opposes the new feature. He says this affects small businesses that rely on tracking-driven personalized ads to stay afloat.

Tim Cook says he disagrees with this argument. He indirectly says that Facebook’s point of view is “flimsy”. Cook, confidentiality “21. the most important problem of the century ”. He also adds that companies like Facebook can “pull together a whole profile of what you think and do.”

What [Application Tracking Transparency] is trying to achieve is companies that benefit from tracking you through other companies’ applications, and therefore benefit from gathering together a whole profile of what you think, what you are doing, and to track you 24 hours a day, 7 days a week on the web.

Basically users will see a simple popup asking them to answer the question, OK to watch? If so, things continue. If not, tracking is turned off.

When asked how the new feature will affect Facebook, Tim Cook says “he doesn’t focus on Facebook.” He says that Apple adds new tools and features every year that increase and strengthen user privacy. Explaining in more detail what measures might be needed against companies that track users, Cook says he used to believe in the ability of companies to regulate themselves, but now that this has changed.

Generally speaking, I think privacy is one of the most important problems of the 21st century and I think we are in a crisis. Years ago, I thought companies would regulate themselves and it would be better. I no longer believe it. I’m generally not a keen on editing, but I think editing is necessary.

In January, in a speech at a privacy conference, Tim Cook strongly condemned the social media companies that fuel conspiracy theories thanks to their algorithms. Cook says Apple doesn’t have a social media platform that “pumps everything into the user stream”, but states it does have an App Store that behaves carefully while curating content.

You know I can only speak for Apple. And from the very beginning, we have always believed in curation. And that’s why we’re reviewing every app in the store. This does not mean that we are perfect at doing this. We are not perfect. However, we deeply care about what we offer to our users. And when we have a new product like Apple News, we have human editors picking the stories that matter. And so they avoid all the misinformation that is there. The truth is that in some areas the web has become a dark place. And without curating, you run into a mess of things that I wouldn’t wish to place in a booster. Which technology is in the broad sense. If you have a platform, you grow things.

Tim Cook with his ordinary Apple approach never comments on anticipated, unreleased Apple products in the future. But Cook says that augmented reality (AR) is “critically” important to Apple’s future, possibly hinting at Apple Glass. The CEO envisions a future where conversations contain more than words, but with graphics and “other things” appearing in a virtual space.

I cannot talk about anything we may or may not have in the upcoming product line. However, in terms of AR, the promise of AR; You and I are having a great talk right now. It could be even better if we could enrich our discussion with graphics or other things to come up. I think your audience will benefit from that too. And when I think of this in different areas, whether it be health, education, gaming, or retail, I am already seeing the rise of AR in some of these areas. And I think the promises are even bigger in the future. This is a critical part of Apple’s future.

Speaking about Apple’s struggle with Epic Games, Cook says Epic has followed the ‌App Store‌ guidelines for a long time, but has now decided not to follow the guidelines followed by all other developers. Cook says he is “confident” in Apple’s situation with the gaming giant.

It’s about following the App Store’s rules and guidelines, and they’ve done this for years. And then they decided that they no longer wanted to follow the rules and went through the app review process. After going through the application review, they changed something on the server side. So this was some kind of deceptive act. And so we go to court. We come to tell our story. We will talk about the privacy and security aspects of the store. And we are confident in our situation.

One of the biggest arguments of “Epic Games” about the Apple ecosystem is that there is no “freedom” for users to download apps from outside the App Store. Many have long expressed the hope that Apple will allow users to install their apps on their devices such as iPhone in other ways. Tim Cook says side-loaded apps will break the “privacy and security” model of the “iPhone”.

In the remainder of the podcast, “Tim Cook” talks about US President Biden’s relationship with his administration. He also said that “probably” he would not be the CEO of Apple 10 years from now. The entire 36-minute podcast is available on The New York Times website.