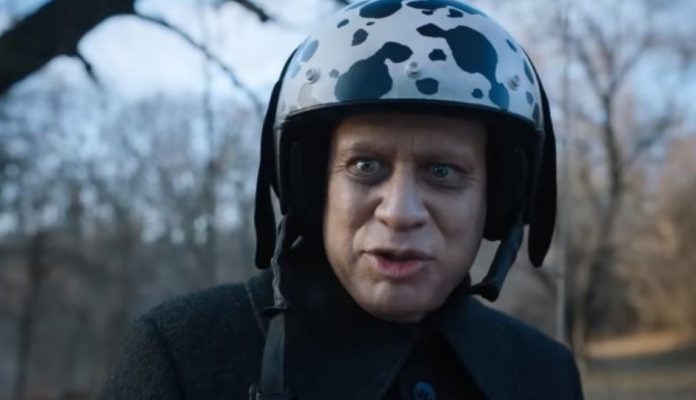 Wednesday, a new trailer for Tim Burton’s upcoming Netflix horror comedy film was released, in which Fred Armisen, as it turns out, plays Uncle Fester.

Earlier this summer, the first trailer for the upcoming Addams Family reboot series was released, in which Addams (Jenna Ortega) wreaked havoc in her public school pool before being transferred to Nevermore Academy.

In the new trailer, the alleged threat to Addams turns out to be her uncle Fester, played by Armisen. Until now, the casting of the character was kept secret, and many believed that his role would be played by Tim Burton’s frequent collaborator Johnny Depp.

The show is directed and executive produced by Burton along with showrunners Al Gough and Miles Millar, who previously developed Smallville.

Watch the new trailer below

Wednesday’s official description reads: “Wednesday tries to master her emerging psychic abilities, thwart the monstrous string of murders terrorizing the local town, and unravel the supernatural mystery that quarreled her parents 25 years ago—all while navigating her new and very confusing relationship in Nevermore.”

On Tuesday (August 16), Vanity Fair presented a series of first images of the main actors in the image, including Ortega as Wednesday, Catherine Zeta-Jones as Morticia, Luis Guzman as Gomez and Isaac Ordonez.

The original Wednesday actress Christina Ricci will also appear in the show as a brand new character, but details about her role are currently being kept secret.

Elven Ring Clip Shows Why Players Should Give Their Mimics Weapons