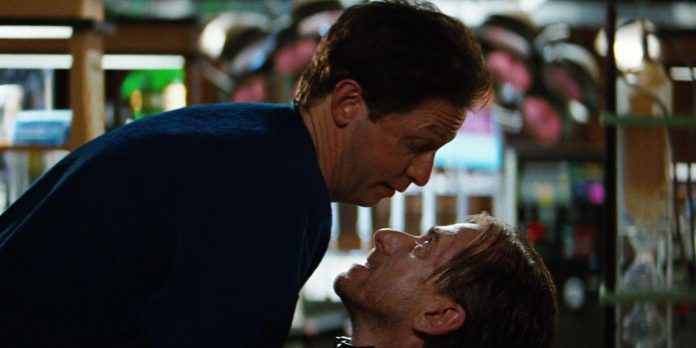 The Marvel cinematic universe is really doing its best by creating this expanded universe into which they bring together characters that viewers haven’t seen in 14 years. The latest reports are that Tim Blake Nelson, who played Samuel Stearns in The Incredible Hulk back in 2008, will return to the MCU all these years later.

At the D23 Expo, Marvel confirmed that Nelson will return to play Stearns, or more precisely, his alter ego, the Leader, in the upcoming MCU movie “Captain America: The New World Order,” which is currently in production. The Incredible Hulk hinted that Stearns turned into a Leader to guarantee sequels that never got the green light.

The announcement was tweeted by IGN, whose reporters were in the audience at D23. Little is known about the role Stearns will play in the film, as it has only now been confirmed that he will return after almost a decade and a half since he last played him. More importantly, the MCU may have to explain where he’s been all these years, as the Leader was a very powerful villain in the comics who was more or less ignored after being introduced. This does not mean that his reintegration is impossible. KVM has gradually reintegrated the characters from The Incredible Hulk since the film first came out in 2008. The abomination has since returned to Shang Chi and the Legend of the Ten Rings, and more recently to the Hulk Woman.

Other potential issues include that there were a lot of unfinished topics that Marvel ignored after they decided not to expand on the storylines that The Incredible Hulk was trying to create for future sequels. Not only was it clear that the Leader was next in history, but he also had Bruce Banner’s blood, which he diluted to hundreds of samples, which the film claimed could do a lot for humanity. Now that he had Banner’s blood in his head, he could very well use these samples for evil deeds. This may seem likely, since the Leader’s superpower was his superintelligence, but so far we have never heard of him, so apparently he never posed a threat.

Perhaps Marvel might just overlook that since General Ross’ career was supposedly ruined at the end of The Incredible Hulk due to his involvement in the creation of the Abomination, but when he returned eight years later, he was US Secretary of State, so clearly creating a Hulk-like Creature that was customized destroy everything in sight when the water was under the bridge. Marvel may well do the same with Stearns, as they have thus glossed over past storylines, and not just with Ross.

Putting all that aside, the fact that a character like Stearns returns after so much time has passed should intrigue Marvel fans, because although his comic counterpart was a supervillain, the Incredible Hulk portrayed him as an ally of Bruce, who tried to help pull the Hulk out of him above all else. At the same time, he was someone who had different intentions towards Bruce’s blood than Bruce, but it wasn’t for evil purposes. So the question remains, will he be a villain, a hero, or maybe an antihero?

The Incredible Hulk is currently available to watch on HBO Max.

The Simpsons: Hit and Run | This is the Remaster With...