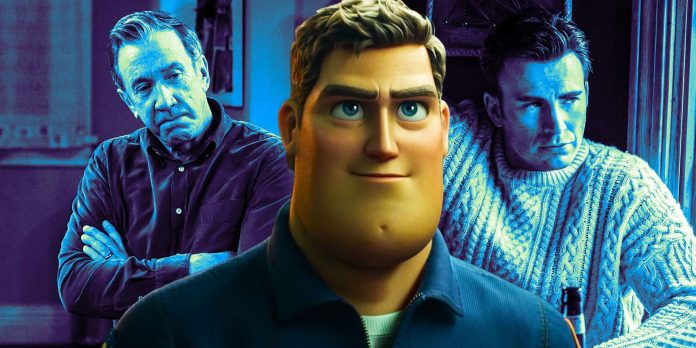 Tim Allen has finally broken his silence on Pixar’s latest Toy Story spin-off, “Lightyear.” Allen played Buzz Lightyear in the original 1995 hit “Toy Story”, which became the first fully computer animated film. The family comedy followed Woody (Tom Hanks) as the de facto leader of a group of children’s toys when Buzz, a new high-tech action figure, joins the fray. An extremely popular film is a story about acceptance and friendship. “Toy Story” has spawned three direct sequels telling about the future adventures of Woody and Buzz together.

Lightyear focuses on Buzz in the fictional universe of the Buzz Lightyear action figure, where a brave astronaut finds himself on a distant hostile planet. With a motley crew that includes Keke Palmer as Izzy Hawthorne and Taika Waititi as Mo Morrison, Buzz must find his way home. Although the audience was excited about Buzz’s return to the big screen, there was some disagreement about the change of the voice actor of the character. Captain America star Chris Evans was drafted in to replace Allen in the latest film, and director Angus MacLaine said he wanted a less silly portrayal of the character.

In a recent interview with Extra, Allen talked about the makeover and shared his thoughts on Pixar’s Lightyear. The actor said that many years ago he talked about a similar film, but nothing came of it. Allen also admitted that, in his opinion, Woody was an integral part of Buzz’s personality, explaining that “There is no Buzz without Woody.” Read the star’s thoughts on the latest Pixar movie below.

“We talked about this many years ago… but the management who directed the first four films is completely different. This is a completely new team that really had nothing to do with the first films.”

“There’s really no Toy Story without Woody. I’m not sure what the idea is — I’m a plotter. If it had been made in 1997, it would have looked like a big adventure story, a big adventure story. It’s a wonderful story, it just doesn’t seem to have anything to do with the toy.”

“This has nothing to do with Buzz… There’s just no connection. I would like the connection to be better.”

It would seem that Allen believes that Lightyear may have lost the charm that made the original film so cute. The theme of friendship between Woody and Buzz was the driving force behind the Toy Story films, and this aspect resonated with viewers around the world. Allen seems to think that Lightyear may be wrong about Buzz’s new characterization, since Woody is completely absent from the new film.

The reworking of Buzz Lightyear for the spin-off undoubtedly caused controversy among fans. This discourse and audience resistance may have led to Lightyear’s disappointing box office, which has grossed just $156 million so far, which is below initial projections at the moment. Allen’s reaction to the film is unsurprising, as he has voiced the character in four major Toy Story films, several television shows and appearances, as well as in video games. As Lightyear struggles to cover its budget in theaters, perhaps Allen’s concerns reflect those of Pixar’s broader audience.

Actor Ted Lasso’s reaction to the Emmy Nomination is the most...