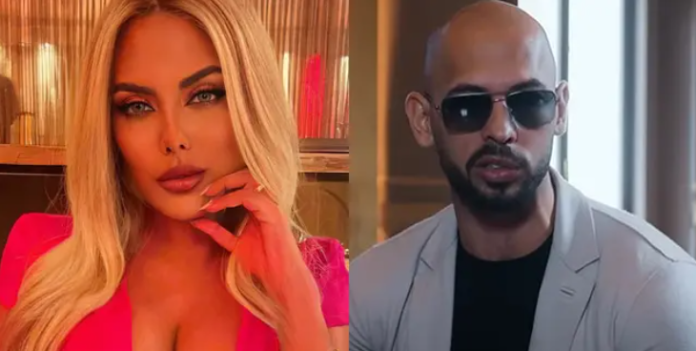 TikToker, who claims to have been diagnosed with a sociopath, responds to users who have called her an “Andrew Tate woman.”

TikTok star “notkanikabatra” has made a name for herself on the platform by discussing that she is a sociopath and how it affects her life as well as the lives of her loved ones, but some are not big fans of her content.

The model has been compared to banned social media influencer Andrew Tate, whose controversial views on women have led to him being removed from many Internet sites such as YouTube, Twitter and Instagram.

In a recent video, Batra addressed these comparisons and explained why she disagrees with people calling her a female version of Tate.

In a 43-second clip, Kanika Batra explained that she had no idea why people got the impression that she hated men.

“I’m talking about mental health, and instead of listening, men just insult my appearance. I don’t feel insecure, so it suits me, but there are a lot of women who behave like that,” said the former Miss Universe finalist.

She further stated that some men believe that all women are narcissists and deserve abuse, and targeted those who stay with these people.

“Some women still cling to these men, which I find absolutely ridiculous. Ladies, it’s time to step back a little. I am a sociopath, believe me when I say that these men are deceiving you,” she concluded.

At the moment, her video has been viewed almost a million times, and many in the comments supported Batra, and some even said that Andrew Tate would never be able to “reach her level.”

It remains to be seen whether this video will scare away haters or as a result of comparisons with Tate will become worse. In any case, the ticktocker simply does not find similarities between her and the banned former kickboxer.

Frank Fritz is on the mend after a stroke, the ratings...