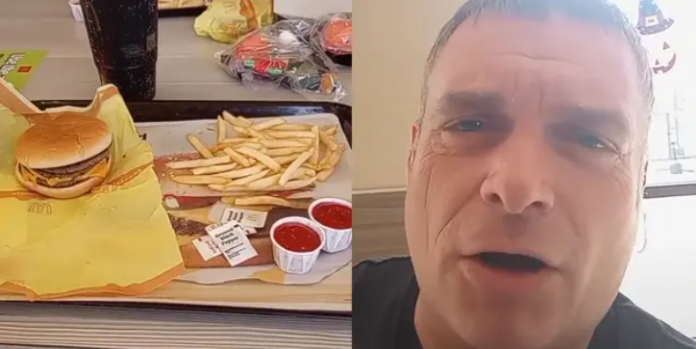 TikToker went viral after sharing an ingenious “McHack” on how to get a whole McDonald’s meal for just $1.79, and users love it.

All over the world, TikTok users can learn a variety of things, from the latest dance trends to economical fast food life hacks and even part-time jobs.

Ryan Hufford is the latest to share a fast food life hack, this time with “McHack,” which lets you buy all the food at McDonald’s for just $1.79.

His TikTok video quickly went viral, and viewers filled the comments with thoughts about his discovery.

TikToker Shares Ingenious “McHack” to Get McDonald’s Food for $1.79

In his October 29 video, Ryan talked about the tricks he used to get food for less than two dollars.

In his receipt you can see that he ordered a cheeseburger “Happy Meal”, added a second cutlet to the burger, chose French fries as a second course and poured himself a large drink.

“As soon as you log into the McDonald’s app and collect 6000 bonus points, you can cash them out for a Happy Meal. Add two cutlets and increase your drink to a large one,” he explained. “Since it has been modified, it will not use your points, but will still charge you just $1.79.”

When the video went viral, viewers wondered if the McDonald’s app would really accept your points or not.

Hundreds of others also rushed to respond. — You gave away your secret. Now McDonald’s will fix this hack,” said one user.

“Well, now that you’ve made this video, they’re going to fix it so that 6000 points are deducted from it,” another user replied.

Other viewers responded after trying to hack themselves and said that the app took their points anyway. Regardless, it’s still an easy way to save money if you have 6,000 points available.