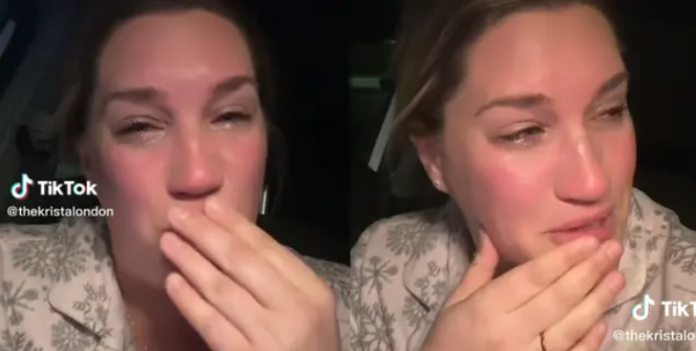 TikToker Krista London uploaded a video in which she jokingly criticizes her friend’s lack of social media skills, which immediately caused a negative reaction. Soon after, she burst into tears.

Sometimes, when you post a video on the Internet telling about a recent experience, it may be perceived incorrectly. And with a billion monthly TikTok users… many people can see it.

Krista London recently helped a friend improve her social media communication skills and uploaded a video to her channel in which she jokingly criticizes her ignorance, thinking that this is a funny topic for the video.

Users seemed to think differently, which led to a negative reaction, and Krista uploaded a second video in which she burst into tears of regret.

In an already deleted video, Krista criticized her friend’s lack of social media skills, hoping it would be a funny video.

“Do you know when you teach Grandma to turn on the iPad? It was my yesterday… She’s a very, very talented photographer, but she’s taking social media to a whole new level,” she explained.

Shortly after, her friend’s husband criticized Krista for making fun of his wife online in an already deleted video.

“Give me a break. “She sucks, she’s the worst.” Who do you think you are? Except for your little followers on a small car. As Will Smith said at the awards ceremony [Keep my wife’s name away from your mother],” he said.

Replying to @narcan.girl412 people aren’t perfect and I support The Krista London. His response is so inappropriate and lacks emotional control. #thekristalondon

In her response video, Krista burst into tears and apologized for her video, explaining that she did not intend to offend anyone.

“We were laughing all day yesterday. I shared a video this morning that I thought was funny, but it definitely looked like ridicule or shame if you didn’t know the context.”

“She didn’t tell me she was offended. Deep down, I would never go out of my way to make someone feel embarrassed or offended,” she added.

Viewers were also quickly bombarded with comments on the video in support, explaining that they did not consider it offensive.

At the time of writing, neither her boyfriend nor her husband had responded to the apology. We will update this article if they do.

In the meantime, visit our TikTok section to find out more news and other viral stories.

Better Call Saul: Season 6 will be split into two parts;...