Home Entertainment TikToker is upset when the serial killer’s father wrote that she looks... 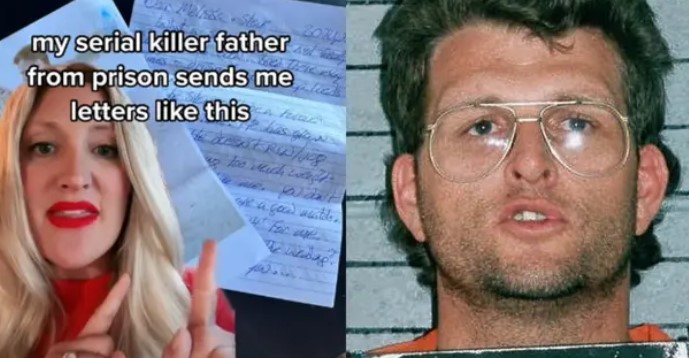 The daughter of the infamous Happy Face Killer has revealed the disturbing emails her father sends her from prison in an outrageous TikTok, even mocking her “fat” wedding photos.

Melissa Moore is the daughter of Keith Hunter Jesperson, better known as the Happy—faced Killer. He earned this nickname by drawing emoticons on letters he sent to the media and authorities in the 90s.

Growing up the daughter of a man who killed at least 8 women is not easy, but Moore accepted her reality, and since then she has become quite popular on TikToker with more than 100,000 subscribers.

In a viral TikTok, Moore demonstrated the letters that her father sent her from prison, and they are, to put it mildly, absolutely creepy.

According to Moore, she got married this summer, in July, and soon after that she received a letter from her father in the mail with her photo at the wedding.

“So he can somehow see my Instagram from prison,” she explained.

It’s possible that criminals have Internet access, but the fact that he can log into Instagram suggests that he could potentially interact with others digitally while behind bars.

“In the letter, he says that I’m fat and my husband is fat and we don’t run,” Moore added. “Then he tells me that maybe this marriage will work, and ends with the words: “Why wasn’t I invited?”

TikToker went on to brag about a Christmas present her father had sent her, with a wallet that his inmate friend had apparently made.

At the moment, Moore’s disturbing video has been viewed more than eight million times, making it the most popular download on the platform, and she plans to show more letters in additional clips in the future.