Home Entertainment Tiktoker in 4 days raised more than 165 thousand dollars for the... 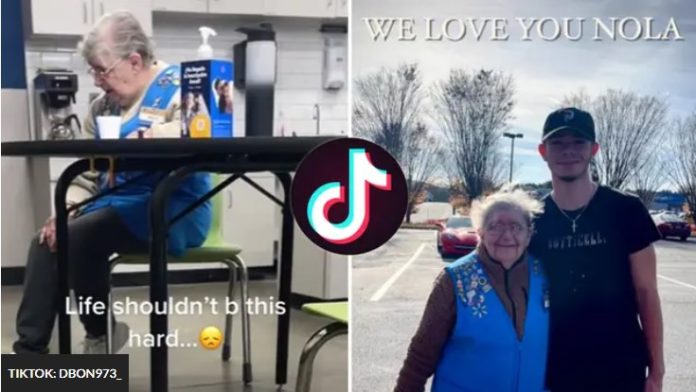 TikToker “DBON” has gone viral thanks to the help of an elderly Walmart employee, raising more than $165,000 for her retirement in just four days.

TikTok is known for making content viral, but the latest clip taking over the social media platform is not a new dance craze or culinary trend.

Instead, it’s a story that warms the hearts of app users after the influential person “DBON” decided to use his audience to help a person in need.

DBON is a pretty popular creator in the app with over 126,000 subscribers. However, while most of his content gets only a few thousand views, his most viral video has racked up over 23 million views in just four days.

In his video, DBON recorded an elderly woman relaxing in the Walmart break room where she supposedly works. TikToker captioned his video: “Life shouldn’t be so hard… I feel bad.”

Commenters called for ways to help the worker, prompting DBON to launch a GoFundMe for a Walmart employee, resulting in thousands of dollars being raised almost instantly, but not without drama.

According to DBON, Walmart contacted him and asked him to delete his video about an elderly employee named Nola, claiming that the company had received threats because of the clip.

That’s not all; the company also allegedly asked DBON to delete his GoFundMe and return the money to those who donated, “otherwise they will involve the police.”

While no updates regarding Walmart’s apparent claims have been received yet, DBON eventually handed over the money to Nola—funds that have now reached over $165,000 four days after his first video was uploaded.

Although Nola graciously accepted the offer, she stated that she would still work to pay off the remainder of her mortgage.

Commentators applaud DBON for his dedication and celebrate the good deed he and his followers have done by helping a Walmart employee retire and pay her off at least partially.

This is the latest useful story that went viral on TikTok after a hilarious video of a woman proposing took the app by storm.

Guardians Of The Galaxy Bets On Narrative To Win Fans