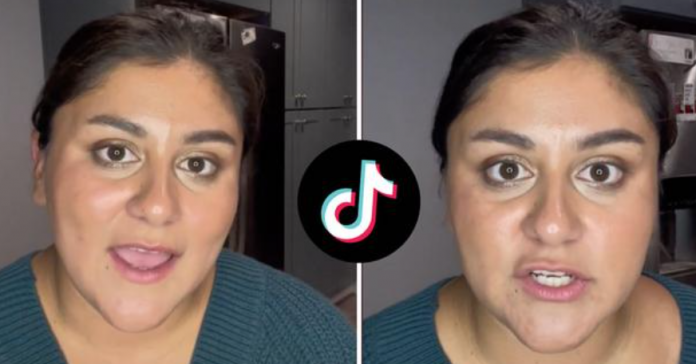 TikToker went viral after she reported that she was fired from her job for posting a video during a work meeting at 4:30 a.m.

In a viral video with more than 367,000 views, Schel explained that during a morning online meeting at 4:30 a.m., she noticed that she accidentally forgot to put a mug under the Keurig coffee machine, which caused coffee to spill “in all directions.”

Instead of putting it away and returning to the meeting, she decided to shoot a “little snippet of coffee everywhere” along with her reaction to the spill, and then uploaded it to TikTok.

But what she didn’t realize was that a conference call could be heard in the background, which later revealed to her company that she was filming a TikTok video during the meeting. As a result, she said, she was fired.

“They had a conversation that had absolutely nothing to do with me, so I walked away from the camera, shot a 20-second video and clicked Upload,” she recalls.

“I didn’t think anything about it until the next day when I was called to a meeting with HR and my product director and they said, ‘Hey, someone sent us this video and we’re firing you from the company immediately. for gross negligence.”

Shel admitted that she does not think she should have been fired, but understands the complexity of the situation and used the opportunity to lose her job as an excuse to finally start her own business.

“I am finally combining my two loves: machinery and horses,” she shared. “And I’m going to create the first and best tool for horse professionals to manage their business.”

Viewers react to TikToker’s dismissal for Posting during a meeting

Many people were shocked that Chell had a remote meeting at 4:30 in the morning.

Some thought TikTok was just an excuse, not the actual reason for the dismissal.

“Someone was trying to find something that could get you into trouble,” one person shared.

“I work in fintech, and you shouldn’t have been fired. They were looking for something,” said another. “Exactly my feelings,” wrote Shel in response.

Others supported TikToker’s new career goals, which she described in the following video.

Yep. That happened. I got fired because of TikTok so now I’m starting a company and I’m going to take you along the way with me on TikTok. To the moon? #fired #siliconvalley #startup #horsegirl #storytime

Cardi B in quarantine: She misses her hometown, New York