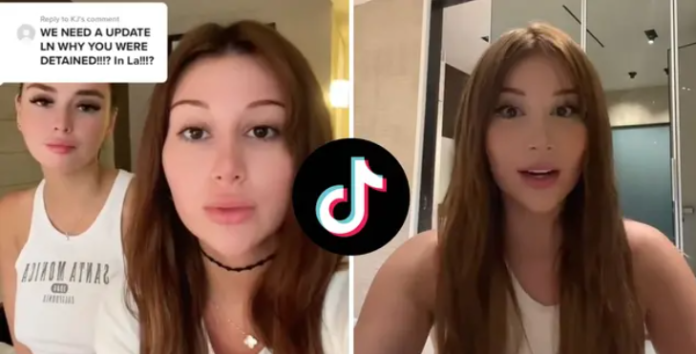 TikToker said she and her friend were detained at the airport by US customs for five hours because they were “too beautiful.”

Content creator and OnlyFans model Michaela Testa shared a TikTok video explaining what happened to her at the Los Angeles airport, claiming that officials, although she and her friend Trinity were strippers or escorts.

In a viral video with over a million views, she explained: “OK, we got to Los Angeles Airport. I made sure I look very, very ratchet and bad because I know that US customs is very strict.

“Trinity, with her beautiful lash extensions and big, thick juicy lips, drives up to US customs looking sexy, and I knew. I knew, but I didn’t say anything.

Michaela said that the customs officer sent her “straight to the detention area”, and she has a version of why, after many of her friends allegedly spent “days” in this room.

“I know for a fact that he thought she was a prostitute or an escort looking for a job in the USA,” she continued. “Because they like to detain Australian girls and blame them for it until they tell the truth.

“Fortunately, we were not sent home. We thought we were going to be sent home. And at the same time there were a bunch of Australian girls there, so maybe it was because we were Australians.

“This guy was staring at us all the time, as if death was looking at us, and if we looked, he would say, ‘Turn away, look at the TV, don’t look at me, look only at me if you’re talking,'” she said.

Michaela said they were in the room for about five hours, where they “met so many strippers” and “so many girls” who asked her and Trinity why they were there, to which she replied: “I don’t know. ”

In conclusion, she said: “We have finally been released. We were literally the last to leave the detention cell, because the guys just wanted us to stay longer.”

After Charlie Sheen’s mixed reaction to his daughter’s Only Fans page,...