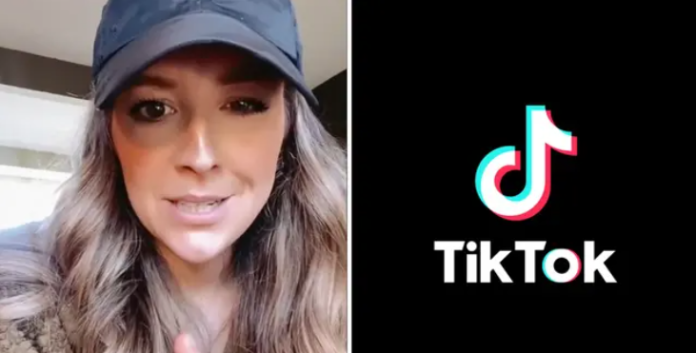 TikToker went viral as she claimed that the driver of her Domino made an unprovoked anti-Semitic comment at her door.

In a 40-second clip with more than 343,000 views, Jen Spear exposed a Domino’s delivery service woman for allegedly making a hateful remark while delivering pizza to her door.

“Domino, we have something important,” she began before explaining what had happened.

Jen said she met the courier at her door and, not hearing what the woman said for the first time, “naturally” laughed.

“Then she keeps saying, ‘They’re trying to do something like World War III,'” she recalls in the viral video.

When TikToker asked what the woman meant, the delivery driver asked Jen if she had seen documentaries about World War II. She replied that there was.

“Then she says, ‘These Germans got it right,'” Jen said.

Dont worry, my Ring caught a portion of the conversation. @Domino’s Pizza Dont brush this under the rug. #dominospizza #unacceptable #jewish

The content creator said she wanted to “lose [her] marbles,” but since the woman knew where she lived, Jen didn’t want to “provoke” her.

“Domino’s and employers right now need to take a serious look at who you’re hiring because it’s completely unacceptable,” she said.

Many TikTok users in the comments wondered what the incident has to do with Domino’s.

— I am sure that this question is not in the application for a job at Domino. How is it their fault?” one user asked.

“How can this come up during a background check, lol, which is not Domino’s fault,” wrote another.

“The delivery driver just needs to watch what she says in front of other people. Dominos cannot control what their employees say,” added a third.

Others urged Jen to file a complaint, which TikToker did.

In another video, Jen said Domino contacted her just ten minutes after she posted the viral video.