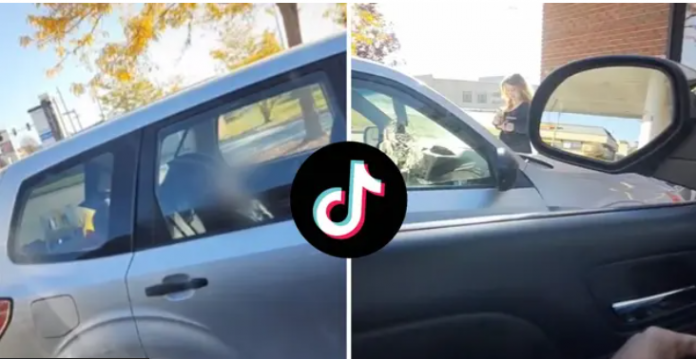 TikToker sparked a discussion after filming a toddler left alone in a car by a mother who was shopping in a store.

Content creator Freddy, who posts under the pseudonym freddyboi90, said he heard a small child in the back seat of a parked car before he saw them and decided to wait in the parking lot until their parent arrived.

In a viral video with more than 200 thousand views, he shares his shock and disappointment from what he saw, slapping the parent of the baby sitting in the car.

“So I’m driving up to the store, right. I get out of the truck, I hear something… do you all see what’s in the car?” he says, before pointing the camera at a parked car next to him, where a small child is sitting in a car seat.

“Where… where is the parent?” he asked. “I’m going to sit here and just wait and see how long it takes this bastard to get outside. What can you possibly get by leaving a child in the car like this? Bro, I can’t believe this shit, look! Is he waiting, damn it?”

In the subsequent video, Freddie films a woman, presumably the mother of a small child, walking from the store to her car. “Stupid s**k,” he says in the clip. “She left it in the car, you know? Wow. I can’t even believe this shit, man.”

Many TikTok users said they would have called the police on the mother.

“I hate doing other people’s business, but, sir, this is the only time I get involved. I would call 911 and then take a picture of the license plate and the car,” one user wrote. “The police should have been called, probably not the only time she did it,” another commented.

“I would wait 0.1 seconds and dial 911. Zero seconds is too long to leave a child in the car,” someone else said.

Others did not see a problem in leaving a small child unattended in the car.

“If it’s not too hot or cold and the doors are locked, I have no problem with that,” one of them shared.

“There’s nothing wrong with that. I’m sure the car was locked and the weather was cool,” another added. “The crazy thing is that in childhood we were left in the car all the time. This generation is damn soft,” a third shared.

TikToker explained in the comments that he waited at the store for eight minutes before the mother returned, although it is unclear how long the baby was left alone before Freddie appeared.

Bachelorette Party: The 10 best scenes of the season premiere of...