From pasta cooked without water to Sprite pie … discover these funny recipes that are really hit on TikTok! We tell you everything.

Discover these unusual recipes that are a hit on TikTok!

It is one of the most popular apps in the world. In the first quarter of 2020, TikTok was downloaded 315 million times! Just that.

The app breaks the record for the most downloads for an app in a single quarter! In 2020, they are more than 689 million monthly active users.

In fact, the confinement period contributed to its success. In fact, the users of the application are quite young. In fact, the majority are between 16 and 24 years old.

But what can we find on Twitter? Well of everything! Lots of dance and choreography videos. This is what made the social network so successful.

But that’s not all. We also discover a large number of videos where users share tips with their subscribers.

It can range from easy DIY and cooking to makeup and clothing customization. Something to easily find happiness!

In fact, in the kitchen category, there are sometimes quite crazy recipes! The media Here has identified a few which are indeed quite surprising.

The least we can do is that TikTok users are not lacking in creativity! Between the chocolate and white vinegar cake and the soda pie… let’s discover these completely WTF recipes together!

Among these totally unusual TikTok recipes, Here is about the chocolate and white vinegar cake from @bakingenvy. Chloe, a young American, has more than 2 million views on this video.

“White vinegar chocolate cake” is the title of the young woman. But in reality this is one of the most mundane cake recipes. But the title arouses curiosity! Eh yes.

She will simply add a tablespoon of white vinegar to make her cake softer. And 1/2 cup of coffee to intensify its taste.

@KitchenTool for its part offers us a soda pie! This TikTok user is known to be a recipe maker and is followed by 48,000 people. Just that.

So here he proposes to garnish his pie with the contents of a can of Sprite. Then cover everything with a mixture of flour and sugar.

The French Youtubeur, Alexandre Calvez had the courage to test this recipe. “So surprisingly, you can eat it! It’s very special, like a kind of buttered caramel … I can’t say it’s bad, “he confides.

Finally, the pasta recipe cooked without water is creating a buzz on the app! It’s Jasmine Giltrow, a young British girl who is behind this crazy idea.

The young woman will heat a whole pot of tomato sauce before adding spaghetti to “cook them”. His very bizarre trick will flop. But his video still collects 2 million views! Like what… And you, which of these recipes would you be ready to try? 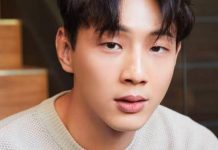 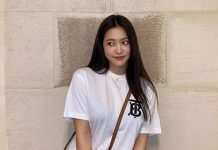 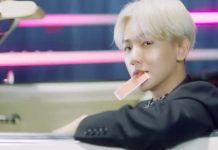 The Legacy of Jupiter: Netflix series gets first images