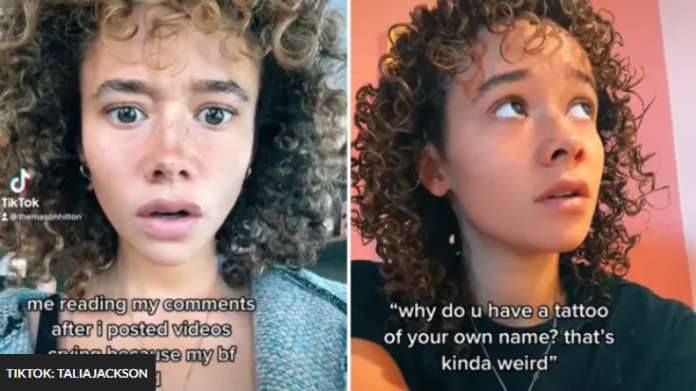 Cooper Noriega was a popular creator on TikTok who passed away at the age of 19 in June 2022.

He was a close friend of many other famous ticktockers, including Nessa Barrett and Sabrina Quesada, the latter of whom he had been publicly dating since October 2020.

Quesada and Noriega broke up in April 2022, and both sides asked for privacy after their breakup.

A few months after Cooper’s demise, TikToker and actress Talia Jackson allegedly uploaded a video claiming she was secretly dating Noriega before he left.

Jackson signed her video: “I read my comments after I posted a video crying over my boyfriend’s death,” turning on the sound of someone reading a rude comment out loud.

Although the video has apparently been deleted, a clip recording was uploaded to TikTokRoom’s Instagram page, as well as a screenshot of a comment Jackson allegedly left regarding the situation. “No one ‘missed the chapters,’” she wrote. “We just had a personal relationship, and we kept everything a secret from the Internet for the sake of our exes and other people’s opinions.”

The video caused a wave of negative reaction on the Internet against Jackson, with many commentators accusing her of lying about her alleged relationship with Noriega.

Talia spoke about the situation in the comments under the deleted video, writing in response to criticism: “He wanted to publish us, I didn’t do it. I was the only one who wanted to respect Sab. It’s kind of weird, damn it, that you actually commented on it like you even knew him?” That’s not all; Jackson’s ex, fellow TikToker Mason Hilton, uploaded a video showing alleged screenshots of correspondence with his ex-girlfriend and even her mother, who allegedly claimed that “as for Cooper, there’s nothing going on. I tried to help him.”

This is not the first time claims have been made that Jackson and Cooper dated before his death; after the news broke over the summer, Talia’s mother stated in a TikTok comment that her daughter allegedly dated Cooper. So far, the situation has not been resolved and continues to cause speculation and outrage among viewers throughout TikTok due to the treatment of Noriega’s image after his demise.

Elden Ring: how to get a silver tear mask