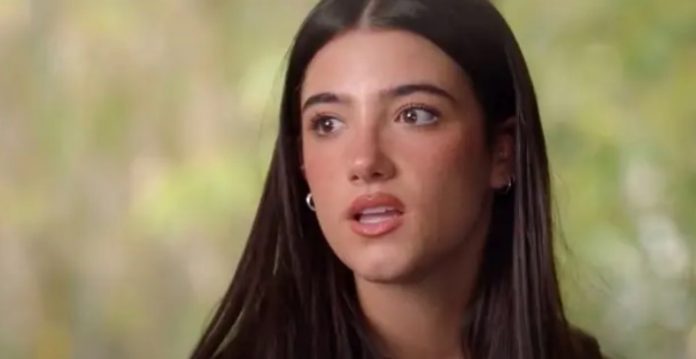 TikTok star Charlie D’Amelio spoke about his personal struggle with body image, explaining that it all started with the comments of a dance teacher.

During the October 12 episode of the D’Amelio Show, the 18-year-old influential woman and entrepreneur spoke about her past experiences with the dance environment, stating that they are not always the safe space they should be.

Charlie has achieved success on TikTok thanks to her lip-syncing dance videos and now boasts almost 150 million subscribers on the platform.

On top of that, she’s also a contestant on Dancing with the Stars 2022, which attracts even more viewers and attention — she admits it can make you feel vulnerable, especially on social media.

She said: “Even by the beginning of social media, for example, 99% of the time you saw me upset, it wasn’t what you were thinking at all. A lot was going on underground that no one knew about.

“It’s extremely difficult to go from a very unhealthy attitude to food to a healthy one.”

In search of the origins of her unhealthy attitude to food, Charlie remembered a story about a dance teacher who regularly commented on her body.

Against the background of her young photos , she added: “I had a dance teacher who was really weird, and for a while it confused me.

“I mean, words have a lot of power, especially when it comes to young dancers. All they want is to get confirmation from the people who teach them. I struggled for a long time and did it as quietly as I could, and it was really hard.”

Noting that her daughter has not yet developed at this stage, Charlie’s mother — Heidi D’Amelio — described in detail the impact of these comments about body image.

“She was really uncomfortable when an adult teacher spoke negatively about your body because she was muscular and thin. She was tiny, she [hadn’t] developed yet. She was a teenager.”

These days, D’Amelio is surrounded by the best support network and emphasizes the importance of safe spaces for dancers. Charlie and her dance partner Mark Ballas made headlines together on DWTS, most recently showing off an incredible Simpsons cosplay for a Disney+ evening.

Chainsaw returns with the official release date of Part 2

The developers of Dead Space are working on a single-player game...