Home Tech TikTok Overtakes Youtube in the US and UK! 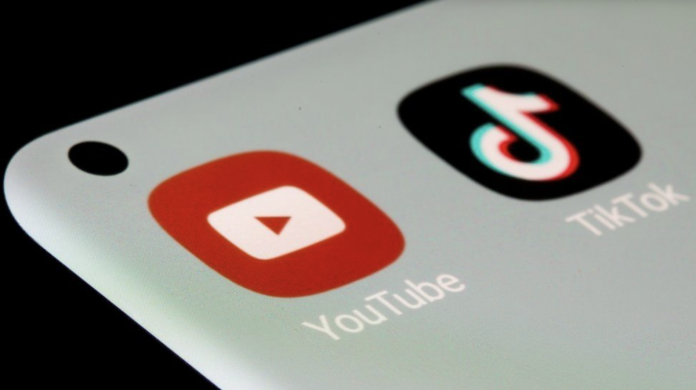 According to a new report, app users in the UK and US spend more time on TikTok than on Youtube.

Data from app tracking firm App Annie shows that the average time per user spent on apps is higher for TikTok, which means higher engagement. App Annie described TikTok as “elevating the streaming and social landscape.”

However, YouTube retains the top spot for total time spent, not per user, as it has a lot more users overall. The Google-owned video giant has around two billion monthly users, while TikTok’s latest public figures show it had around 700 million active users by mid-2020.

The “time spent” metric in the report only takes into account Android phones and also excludes China, where TikTok, known locally as Douyin, is a major app. “YouTube still outperforms TikTok in terms of overall time spent on the app in the UK,” said Jamie MacEwan of Enders Analysis. said.

“But none of this means that TikTok is not successful,” he said.

“TikTok was spending big on attracting users, but they didn’t necessarily hang around for long compared to other social media,” he said. “We now know that in the US and UK, TikTok has overtaken YouTube and eroded Facebook as well.”

In the UK, we see TikTok surpassing YouTube in June 2020 and has held the lead ever since. In the US, TikTok and YouTube swapped places a few times late last year before TikTok peaked in April 2021. Other metrics tracked by the firm reflect the growing importance of TikTok. Among social, communication, photo, video and entertainment apps, TikTok has been among the most downloaded apps worldwide since 2020. It also competes with YouTube for the top spot in consumer spending since last year.

App Annie’s report also shows that apps with live streaming, including TikTok, are fueling the rise in money spent on creators. The report states that live streaming apps as a “highlight” account for three-quarters of the money spent on the top 25 social apps in the first half of 2021. For example, on Twitch, viewers can buy “Bits” (virtual currency) and spend it to “cheer up” streamers during a live stream. Or they can set up a recurring subscription to the creator’s channel in exchange for subscriber-only benefits.

TikTok allows users to tip creators with its own version of “Bit”, “Coins,” while YouTube runs similar programs for its livestreams. “Live streaming is driving increased engagement with social apps, which sets them up for consumer spending,” says App Annie. The report also highlights another winner last year. Snapchat! According to data from App Annie, the augmented reality-focused messaging app has seen its downloads outside the US grow by about 30% year-on-year and 45% from two years ago.