Home Tech TikTok on TV: It already has a version for Android TV 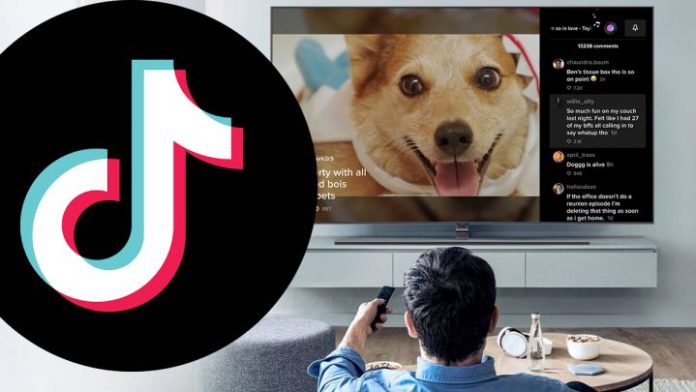 One of the social networks that has grown the most in the last year has been TikTok. Its name was widely used during the confinement period and it has been the place of entertainment for young and old alike. Whether creating content or watching it, everyone has their own and until now it was only possible to view it on the smartphone or on the computer. And we say that ‘until now’ because Android TV already has its own TikTok application.

If you have Android TV, you have the TikTok app

Everyone has been in awe of the capabilities of TikTok. Its fame has been so great that it has even prompted the competition to create a similar format, such as Instagram Reels. In fact, the photographic platform has become the site where TikTok content creators additionally dump their content, as one more place to broadcast.

It seemed that the Chinese app had all the channels covered, since you have the opportunity to see the content on smartphones and its version for browsers. However, some may prefer to watch TikTok on television. It turns out that all those who win Android TV will have this new application at their disposal. We already talked about it at the end of 2020 and it has taken little time to appear.

According to the images shown by 9to5Google, the application has a similar system to the native app. So much so that it respects the vertical format for which it was created, leaving behind the video playback in blur mode to fill the space. On the other hand, users will also have access to the comment viewing functions, which can be consulted in the space on the right. On the other hand, all users will have access to the content they demand thanks to a grouping system by topics such as dances, food or laughter, among others.

See Also
What BTS member are you? The new Instagram filter

With installation problems in some regions

For lovers of the Chinese application, TikTok already has its version for Android TV. Everyone can download it to their television as long as it is compatible, although in some regions it either does not work properly or gives an installation error. We will have to wait for the Chinese house to take action on the matter and update the software to a more stable version for everyone. Of course, do not expect it to be an application from which to upload the content, for that only the mobile version and the browser version will serve.