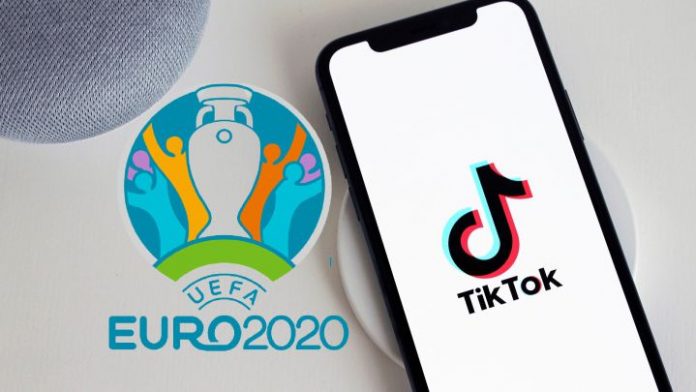 After 2020 in which sports competitions could not be held in a traditional way -or directly they were not held-, in 2021 we are seeking to return -or at least try- to return to ‘normality’. One of the events that we will have is UEFA EURO 2020, the European championship that UEFA celebrates and that had to be postponed in its 2020 edition due to the pandemic.

This will be held from June 11 to July 11, 2021, and is already beginning to move engines 4 months after it starts.

Of the most downloaded apps in the world, available in 150 countries and in 75 languages, TikTok is the social network of the moment, and it seems that it is not going to give up that position yet and continues to grow in terms of peak users. And it is this application that has been chosen to be the official ‘partner’ of the competition: TikTok has been announced as a global sponsor of UEFA EURO 2020. In fact it is “the first time that a digital entertainment platform has sponsored an international tournament from UEFA. ”

Through this agreement with UEFA, “TikTok wants to establish itself as the place where football fans share their passion for this sport.” As an official platform, TikTok will provide a place where soccer fans can follow their favorite creators, share the best soccer content on TikTok, and create their own special moments, capturing reactions and celebrations around the tournament.

What TikTok will bring to UEFA EURO 2020

As a global sponsor, TikTok will work with UEFA to launch a number of features, including:

UEFA will also give TikTok access to its huge library of historical content to create new content, and will open its own official TikTok account before the tournament, to entertain millions of soccer fans around the world with exclusive content on what happens behind the scenes, current and archival images.

In addition, the collaboration includes broadcast sponsorship rights, which will give TikTok visibility on live shows of UEFA EURO 2020 matches on all European TV channels.

Google Cloud reaches yet another country in South America