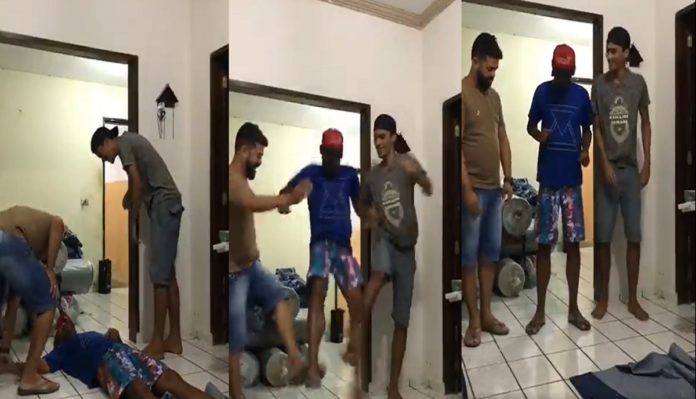 Popular video platform TikTok, from time to time, comes across interesting content. ‘Skull Breaker Challenge’ themed videos, one of these interesting content, was criticized for being seriously dangerous. TikTok has finally banned these videos.

Some videos that appear on social media draw attention with their theme and can become viral at once. This situation, experienced with the ‘Harlem Shake’ in its time, has become quite common with TikTok today. Users who categorize their videos under certain themes often call these video themes as ‘XXXXX Challange’.

One of these video themes recently seen on TikTok and YouTube was called ‘Skull Breaker Challenge’, that is, ‘Skull Breaking Challenge’. Content producers hit the feet of someone jumping while recording videos under this title and recorded that person’s fall. Although these dangerous videos received reactions from many people around the world, new videos continued to emerge every day. TikTok has finally taken a step to prevent this problem.

Much more than a ‘little joke’, this dangerous game can cause serious health problems. Let’s say that many people who have tried this before are hospitalizing their friends. These videos, especially published on social media in a way that children can access, may lead to dangerous situations.

This ban order by TikTok may prevent these videos from spreading, but of course this content must be removed from other platforms such as YouTube. At the moment, there is no move on the subject from YouTube, but in the coming days, the video giant is expected to take a similar step as TikTok.

The Sims 4 doesn’t open? See possible causes and what to...