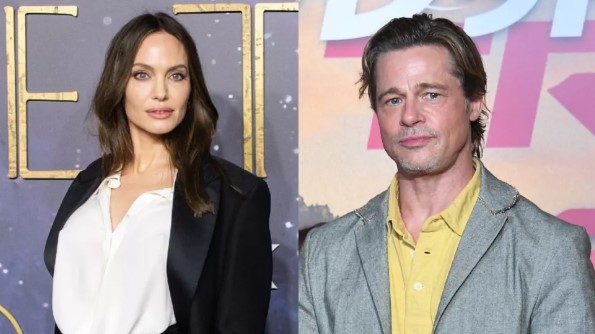 The lawsuit of Angelina Jolie and Brad Pitt continues to have unexpected twists.

The divorce between Brad Pitt and Angelina Jolie was an ongoing battle that mainly focused on custody of the couple’s minor children, but another major area of conflict was the Chateau Miraval winery, which the couple owned together. There is a completely separate lawsuit going on over the ownership of the winery, and now a letter written to Jolie Pitt regarding the winery and her desire to get rid of it has appeared on the web.

The letter dated January 21, 2021 was posted in full on TikTok and consists of Jolie explaining her feelings about the winery and her desire to get rid of it. It seems that she opens the letter, telling about how much she wanted to buy the winery at first, and about the plans she had for the place. She also says it was important for the family, as it was here that Jolie and Pitt brought their twins. However, by the time of the letter, she saw Chateau Miraval in a completely different way, saying…

But it’s also a place that marks the beginning of the end of our family and alcohol-based business. I was hoping that somehow this could become something that would hold us together, and we would find light and peace. Now I see how you really wanted me to leave, and most likely you will be pleased to receive this letter.

Jolie says that “Miraval for me died in September 2016,” having a direct reference to an incident that Jolie claims occurred when Pitt was allegedly drunk and insulted her and their children. Apparently, that’s why she didn’t want to do alcohol-related business anymore.

In the letter, Pitt is informed of her intention to sell her stake in the winery. She did so earlier this year by selling her stake to Tenute del Mondo, the wine division of SPI Group, the company behind the Stolichnaya vodka brand. Pitt sued Jolie after the sale became known, claiming that the 2019 agreement between them requires the approval of one party if the other party decides to sell.

Jolie was apparently ready to just walk away, as she offers the opportunity to sell her stake in the winery either to Pitt himself or to the family of winemakers with whom Pitt and Jolie collaborated when they bought Miraval. The letter continues…

The alternative is a full purchase of my share in the property and business by you, the Perrin family or your partners. In any case, I think we need to move forward to heal and focus on where our family comes together and where we have positive associations. And do it quickly.

The letter was confirmed as authentic, as it was found among the court documents. At least, this is an interesting look at Angelina Jolie’s thoughts at that moment in time.

What’s going on with Margot Robbie’s Pirates of the Caribbean spin-off?...

Kit Harington Explains Why He’s So Excited To Play a “Gnarly”...