Home Entertainment Thymesia: how to defeat the hanged queen 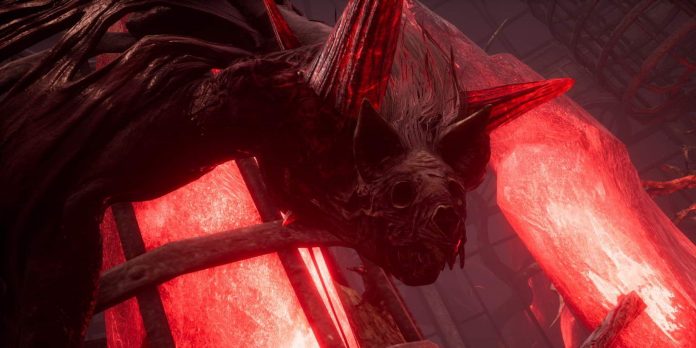 Thymesia, like most soullikes, is quite complex. With harsh mechanics and limited resources, players really need to understand how to fight every opponent they encounter in order to stay alive. The Hanged Queen is not the most difficult boss in Timesia, but it can still be quite a challenge if players are unaware of her tactics.

Players will find the Hanged Queen at the end of the Royal Gardens area. This is the second boss (not counting Varg) that players will face after being fooled in the Sea of Trees. The Hanged Queen matches the Royal Garden with her monstrous and demonic crystal form, and fights in a huge arena with pools of blood everywhere. While the Hanged Queen has some cool abilities, such as the ability to heal in combat, her attacks are incredibly slow and telegraphed, making her a little less challenging than Odur.

The Hanged Queen uses many different attacks in battle. Knowing how each of her attacks works is key, as this knowledge will help players counter them. Here’s a breakdown of the Hanged Queen’s attacks and how players can dodge them as well as deal retaliatory damage.

Attack: The hanged Queen will quickly take off and descend by striking with a claw. Counteraction: This attack is telegraphed by the Hanged Queen flying into the air. When the Hanged Queen takes off, players must be ready to dodge. This attack doesn’t do too much damage, nor does it stun Corvus, so it’s not the end of the world if players are tagged with it. However, since it is often used in combat, it is still useful to know the time of its use.

Attack: The Hanged Queen raises one of her arms for a long swing, and then throws herself at Corvus. After a short delay, she swings her claw back to herself, again piercing next to her. Counteraction: Again, this attack has a long denouement, while the Hanged Queen raises one of her claws above her head. As soon as she finishes curling up, she will quickly collapse down, so be ready to dodge quickly. Dodging to the opposite side of the claw will also help the player avoid being hit backwards during the second attack.

Attack: This move will start with the Hanging Queen jumping back from Corvus. She begins to inhale, arching her back up and exposing her neck. From there, she will scream out, releasing a projectile that will stagger and cause Corvus a lot of damage if it lands. Counter: This move is telegraphed by the Hung Queen jumping backwards. As soon as she jumps back, check if she’s starting to breathe, and get ready to dodge if that’s the case. The projectile she fires is quite slow, so players can dodge it as it flies. Be sure to try to dodge her to shorten the distance between her and Corvus.

Attack: The hanged Queen will tilt her head back slightly before quickly biting in front of her. Counteraction: This attack is probably one of her fastest moves, and it’s harder to dodge. However, he only deals about 90 damage to Corvus, so it’s not that scary if he lands. Pay attention to her if she recoils, and be sure to find out the time of this attack to ensure successful evasion.

Attack: The hanged queen will start sucking blood from the ground, quickly restoring her health. Counteraction: this move cannot be interrupted. However, the Hanged Queen is vulnerable at this time, so players should use their sword to chip away at her health bar while she supports.

Attack: The Hanged Queen takes off into the air and wraps her wings around her body, and then violently explodes, causing huge damage to everything nearby. Counteraction: to avoid this attack, players must move away from it as far as possible. Dodging backwards with a Long Dodge usually helps.

Although the “Hanged Queen” is not too difficult, there are some useful tips that can help players along the way. The Short Claw is a fantastic tool for this boss battle, as the level 2 version of the talent allows Corvus to heal. As for weapons, all plague weapons work here. Using the one that the player likes, or his strongest, should work.

Both long and short evasion will help in this boss battle to shorten the distance between the player and his opponent. Long evasion is especially useful for dodging her powerful explosive attack. As for which potions to bring, any one will do, but a long-acting potion can be very useful, since the Hanged Queen does not launch attacks too quickly, allowing the player to retreat and heal with it, if necessary.

Tips for the game

Stay close and keep hitting. The Hanged Queen is slow in her attacks and produces only one or two large attacks. This means that players should feel as free as possible, paying attention to any of her machinations. Be aggressive.

Keke Palmer talks about her struggle with acne in adults: “I’m...