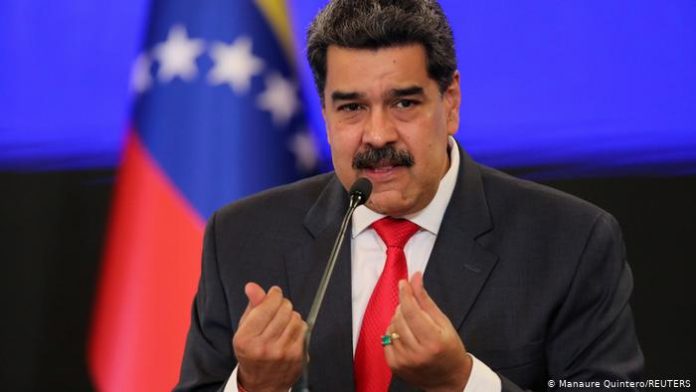 Information pollution regarding Covid-19 is growing day by day. Social media companies that want to prevent this situation interfere with accounts that spread false information. Incorrect shared information is either marked as untrustworthy or the account is closed. Facebook, which has a similar information policy, closed the account of Venezuelan President Nicholas Maduro in this context.

According to Retuers, Facebook closed the account of 58-year-old Venezuelan President Nicholas Maduro for misleading people. The company cited the postings as a reason for this situation. The posts in question violate the information policies of the social media giant. Maduro was sharing a drug with “miraculous” effects against Covid-19 on his Facebook account and advising people to use this drug.

Some videos of Maduro promoting the drug made with ingredients obtained from thyme have also been removed from the social media platform. In the video, the President describes the drug as “miraculous” and a “medical breakthrough”. However, the drug in question does not see any support in the medical community. Many doctors explained that they found claims that the drug could cure the virus were “false” and “dangerous.”

Actually, this is not the President’s first claim. Maduro had come up with similar allegations last year. In his statements on Twitter, he shared a “beer” that he claimed could “eliminate the contagious genes of COVID-19”. However, Twitter had to remove the posts immediately after. Following the latest incident, Facebook announced that they will keep the Venezuelan leader’s account closed for 30 days.

Social media companies, especially trying to prevent the spread of false information about Covid-19, do not even show an exception to country leaders. One of these companies, Facebook, took some steps in this regard with the start of the pandemic. The social media giant works with many independent verification platforms to flag false and suspicious information.

How to enable ‘Baby Yoda’ 3D in the Reality hidden Google

“To All The Boys: Always and Forever” Debuts Final Saga Trailer