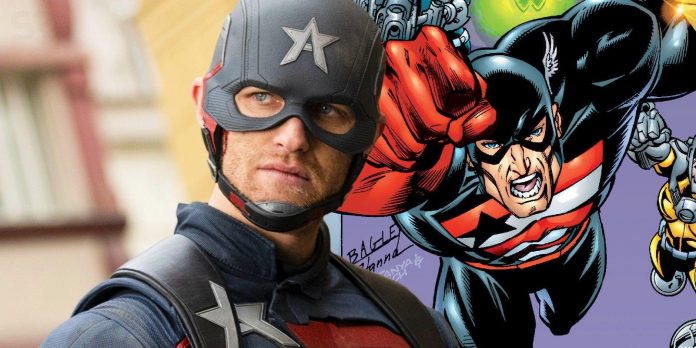 It has not yet been confirmed that the US agent will appear in the new Marvel Studios movie “Thunderbolts”, as Wyatt Russell is still waiting for Marvel to call him. Not so long ago , viewers got acquainted with Wyatt Russell’s John Walker in The Falcon and the Winter Soldier. He initially accepted the mantle of Captain America after Sam Wilson (Anthony Mackie) declined. This turned him into an antagonist for the heroes of the show, especially since he killed people and acted disrespectfully to the legacy of Steve Rogers. By the time “The Falcon and the Winter Soldier” ended, John had another chance to become a hero known as a US Agent.

The disclosure of a US agent in The Falcon and the Winter Soldier left him tied to Countess Valentina Allegra de la Fontaine (Julie Louis-Dreyfus) and the antihero/villain team she was assembling. Her hiring of Elena Belova (Florence Pugh) in Black Widow further solidified that storyline, but it wasn’t until recently that Marvel’s plans became clear. Director Jake Schreier and “Black Widow” screenwriter Eric Pearson were hired to develop the film “Thunderbolts”. At the time, it was reported that none of the actors were officially connected, but that several familiar faces would be involved.

Now Russell has denied rumors that he is returning as a US agent in The Thunderbolts. The actor recently spoke to a Playlist promoting his new show Under the banner of heaven, and the conversation ultimately concerned his future at Marvel. While Russell generally knows where the story of a U.S. agent might go, he says he hasn’t heard exactly what Marvel’s plans are for him. This includes any chance that he will appear in “Thunderbolts”, since the actor has not yet received a call from Marvel Studios and told him to return to the form of a US agent and when he will be shooting.

No, I’m just waiting for it. You wait until, for example, they announce it. They keep it very, very tight, and it’s like you respect that because they have other practical outcomes to pay attention to besides what they think I need to know.

At the moment, the team of the Thunderbolts movie may not officially include a US agent, but he is one of the MCU characters expected to eventually appear. In the initial development report of the film, John Walker is mentioned along with Baron Zemo, Elena Belova, The Ghost, the Overseer, the Abomination and the Winter Soldier as potential characters to be involved. The announcement of “Thunderbolts” also contained information that filming could begin in the summer of 2023. If that’s the case and a U.S. agent shows up, it probably won’t be long before Russell gets a call from Kevin Feige and Marvel Studios with the official news.

Assuming the US agent returns in Thunderbolts, it will be interesting to see how the MCU develops his story. The ending of “The Falcon” and “The Winter Soldier” was an attempt to atone for John Walker’s guilt, but the implementation of this idea was not to everyone’s liking. While someone like Elena Belova is already loved as an antihero, the movie “Thunderbolts” will need to do extra work to bring the US agent to this point.