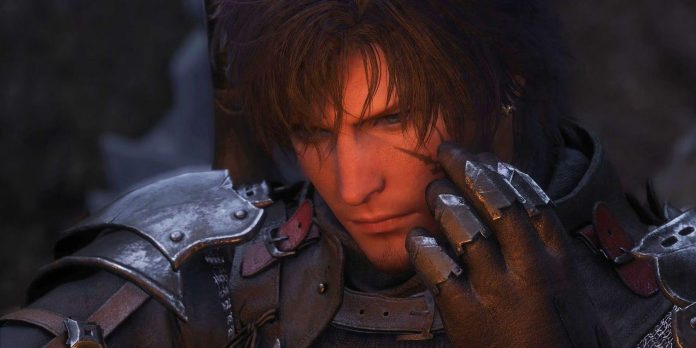 Over the past few decades, fans have had a steady stream of diverse Final Fantasy content, in which different games explore the stories of many main characters. Now the next major entry is on the horizon, as the launch of Final Fantasy 16 is fast approaching. Players can’t wait to get to know the mysterious land of Valistea and the intriguing Clive, who will lead the ten-year history of Final Fantasy 16. Gamers got to know Final Fantasy 16 better during the recent PlayStation State of Play presentation, which demonstrated some gameplay and impressive Icons, as well as gave several answers to many questions from players.

Square Enix gave fans the opportunity to take a look at Final Fantasy 16 in action, and also revealed some aspects of the plot and setting of the upcoming role-playing game. Some recent interviews with members of the development team have also shown that there will be not one, but two jumps in time in the narrative of Final Fantasy 16, and this has many interesting consequences. It also shows how much attention Square Enix is willing to pay to details and work on the next installment of Final Fantasy, which bodes well for the yet-to-be-released game.

Square Enix has confirmed that although Final Fantasy 16 begins with Clive as a teenager, the story will cross over several times, spanning his teenage years, his twenties and thirties. This is an intriguing approach to storytelling, which gives the game many opportunities to show the consequences of players’ actions over the years and how the world of Valistea will change. Although much of the story of Final Fantasy 16 still remains a mystery, players know that Clive is a teenager going through a tragedy that prompts him to take revenge.

Showing these three periods of Clive’s life will give Final Fantasy 16 the opportunity to explore the character’s psyche more deeply and the long-term consequences of adversity and trauma. From adolescence to the age of thirty, the game will cover quite important periods of Clive’s life, which means that Square Enix will have to take into account a lot of things. Not only will Clive need three different character models, but there will probably be plenty of other main characters who will also need different looks over the years. However, this number could be significantly reduced if several main characters face an untimely demise throughout the story, as some players suggest.

How will this affect the game

However, it’s not just about how the characters look. For a truly fascinating and harmonious narrative, the characters’ characters must also change over time. Valistea clearly represents a land in turmoil, with wars and an invading Pestilence bringing death and destruction. It is likely that Clive will not be the only character facing some difficulties, and all this will form the worldview and characteristics of the other main actors in the plot. We will have to think carefully about how they interact with each other and how their relationships inevitably change over the years, which increases the load on Square Enix.

This will affect not only people. With a volatile and turbulent political situation, the regions will undoubtedly also undergo changes. While this gives the developer a reason to reuse assets and locations that players can return to to see how they are doing, physical changes will be required to indicate the passage of time. Conflicts will affect both people and landscapes, and Final Fantasy 16 will have to show their impact as the balance of power fluctuates. Time jumps are a real chance to demonstrate the long—term impact of key narrative moments, and it will be interesting to see how this affects people and places, as well as history.

There may be even more subtle changes, such as Clive’s approach to combat. Although he is an accomplished swordsman even as a teenager and has impressed people with his skills enough to earn the title of the First Rosary Shield, time can change how Clive fights as he matures and gains strength. They may include slightly different attack animations as well as new moves, but Square Enix may decide to skip this in favor of more obvious changes.

How Final Fantasy 16 is Formed

Clive in front of the city

Final Fantasy 16 may still have its secrets, but players know enough about the plot and gameplay to create a decent picture of what the game will entail. While Final Fantasy 16 is undoubtedly focused on Clive, the story also revolves around his younger brother Joshua and their childhood friend Jill. Clive and Joshua, the children of Archduke Rosaria, have lived a rather charming life, but a tragedy occurs that changes Clive’s life forever.