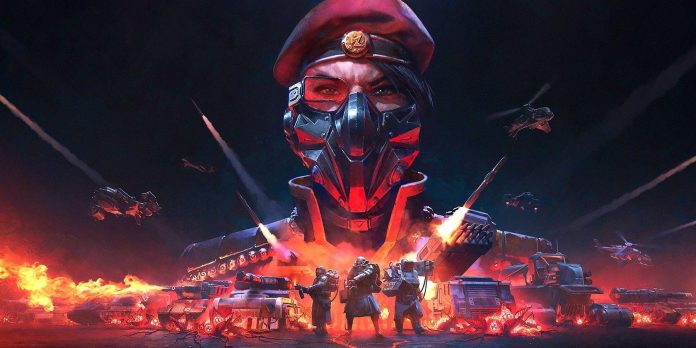 Earlier today, THQ Nordic broadcast its digital presentation, giving gamers a new look at the company’s already announced games. This included gameplay footage of a couple of upcoming medieval RTS games that the company announced earlier. However, THQ Nordic surprised players by announcing a new game inspired by the sci-fi RTS games of the 90s and early 2000s. The upcoming game is known as Tempest Rising.

In the 1990s and 2000s, there was a large selection of RTS games. Some of the biggest names in this genre include Age of Empires, StarCraft, Warcraft and Command and Conquer. Some of these franchises have releases that helped define the RTS genre and have remained favorites among fans and critics. Unfortunately, as the 2000s and 2010s went on, publishers seemed less interested in this genre, but now it seems to be returning in a big way.

During the digital presentation of THQ Nordic, the company presented its new RTS game Tempest Rising. In the trailer for the game there is a voice-over from an unknown leader who praises the player, urging him to destroy his enemy. The metal song, which sounds like something from the scandalous soundtrack to Doom Eternal, plays over the gameplay video, which shows the classic mechanics of base construction and enemies fighting each other on foot, with weapons, flamethrowers and tanks.

During the presentation of THQ Nordic, the publisher introduced the players to several upcoming games. This included, but was not limited to, the first official look at the reboot of Alone in the Dark, the full trailer for the Gothic remake, and a cooperative space simulator known as Space for Sale. Gameplay footage of the upcoming strategy game The Valiant, based on the 5th Crusade, was also presented, as well as a new look at the medieval global strategy game Knights of Honor 2: Sovereign. However, Tempest Rising is the only real—time strategy game set in a sci-fi setting.

Although Tempest Rising is described as a game inspired by previous RTS games, the main source of inspiration seems to be the Command and Conquer games. Once considered one of the greatest RTS franchises of all time, the series began to run out of steam after EA acquired intellectual property. The last major part of the series was the remaster of Command and Conquer, announced and released in 2020. The action of the new THQ Nordic game takes place in a world devastated by war, as the player chooses one of three factions that are trying to restore order in the world. the globe.

Tempest Rising currently has no release date, but it is expected to be released sometime in 2023.

How to Defeat Malzeno in Monster Hunter Rise Sunbreak