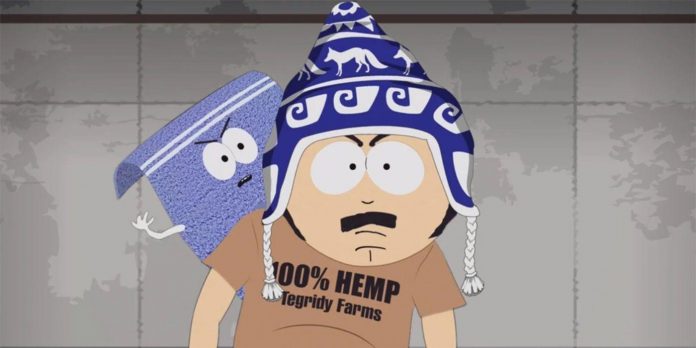 At the recent THQ Nordic exhibition, many games were presented, including a remake of Alone in the Dark, AEW Fight Forever, Destroy All Humans! 2 Reprobed, SpongeBob SquarePants: The Cosmic Shake and much more. But, having made a classic demonstration move, THQ Nordic saved the main teaser for last: a new game in South Park.

“South Park” is without a doubt one of the most popular animated sitcoms to date, and it’s getting more and more popular. In 2021, South Park creators Trey Parker and Matt Stone signed a major deal that focused on more shows and movies, but also had plans for a dispensary and a new video game. This video game will apparently be a South Park game being developed by Question Games, not to be confused with the new South Park game from THQ Nordic. Now, there may be an edition agreement and the two games are the same, but until otherwise confirmed, the two games should probably be treated as separate games.

RELATED: The 10 Strongest Fathers in the History of Animated Sitcoms

After all, South Park is worthy of more than one game. Unfortunately, as much is known about the South Park game from THQ Nordic as about the Question Games game. The presentation ended with a voice-over by Randy Marsh and ended with the image shown below. That’s all. However, if THQ Nordic teases it now, it’s possible that fans will see something more specific in the coming months, if not next year.

During the existence of South Park, many games have been released, but two stand out the most: South Park: The Stick of Truth and The Fractured But Whole. These turn-based role-playing games were received much better than the previous games of the franchise, and many fans hoped that there would be another South Park in the same spirit. With two games currently in development, this seems more likely than ever. One can use a new approach, while the other remains with his opinion.

It should be noted that THQ was going to publish South Park: The Stick of Truth was earlier than Ubisoft, but it was prevented from doing so due to bankruptcy. If THQ Nordic is now publishing a new game like South Park: The Stick of Truth, then it essentially completes the circle for the company. However, many questions about this game, the Question game, their approach and style, and much more remain unanswered.

A new South Park game is in development.

‘Never Have I Ever’ Cast Reacts to That Season 3 Cliffhanger,...