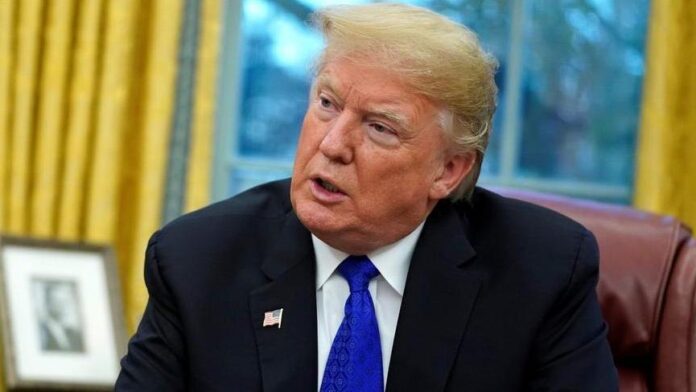 Donald Trump is considering classifying the Antifa movement as terrorist. In the USA, but especially in Germany, there is resistance. Many politicians take a stand.

Since the threat from US President Donald Trump to classify the Antifa movement as a terrorist organization, a massive countermovement has been established on the Internet. In the past few days, so many users on Twitter have committed themselves to Antifa that the hashtag #IchbinAntifa was temporarily number one in the Twitter trends in Germany. In the United States, thousands shared the #IAmAntifa slogan.

Support tweets from politicians came mainly from the ranks of the left. Party leader Bernd Riexinger tweeted about: “#IchbinAntifa always and everywhere. German history obliges us to stand up against racism and fascism.” The Green Youth also claimed responsibility for Antifa “because every one of us is needed in the fight against fascism”. However, critics such as the AfD member of the Bundestag Stephan Brandner also spoke up. The chairman of the legal committee endorsed the call to classify Antifa as a terrorist organization – “and very quickly!”

Trump had recently criticized Antifa several times. At a campaign event, for example, he spoke of the fact that the activists were “sick, bad” people. According to the anti-racism organization Anti-Defamation League (ADL), it is unclear how many active members the movement has in the United States. The organization writes that it is a “loose collection of groups, networks and individuals”.

Republican Senators Ted Cruz and Bill Cassidy had tabled a resolution a few days ago in which groups that belong to the Antifa movement should be classified as domestic terrorist organizations. Antifa activists are “violent, masked tyrants,” Cassidy said. Among other things, the two senators referred to the attack on conservative journalist Andy Ngo. He had been injured in clashes between Antifa activists and right-wing protesters in Portland, Oregon, according to media reports.

See Also
Takes to the streets of Miami to support Trump

Now you can order a taxi through the Uber app in...

Jin explains the weirdest thing he carries in his bag

Receives warnings about fires and risk zones in the USA

India engulfed by billions of locusts