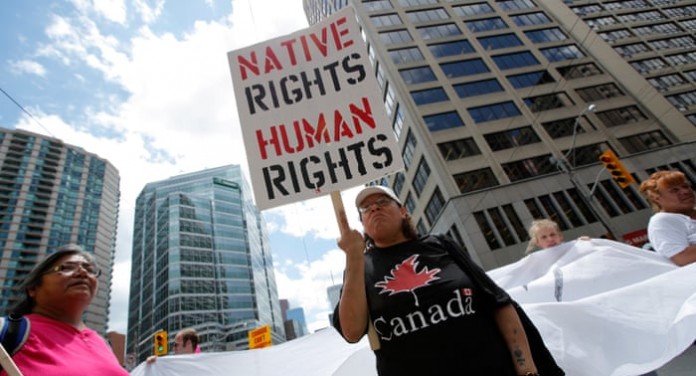 It was stated that a total of 5 lawsuits were filed in the provincial courts of British Columbia, Alberta, Saskatchewan, Manitoba and Quebec, representing thousands of indigenous women who claimed that they were forcibly sterilized. After the examination, it was revealed that the women were sterilized without their knowledge in the hospitals where they underwent the operation for childbirth.

Consent form signed by women at the time of delivery
In an incredible event, it was stated that women who went to the hospital for birth, especially those who gave birth by cesarean section, signed a consent form.

According to this, it was stated that hospital staff added a clause about “tubular ligation” to the form mentioned shortly before the operation, and sometimes even while the patient was being taken to the operating room. Tubal ligation, which is the process of connecting the tubes carrying the ovaries in women, is a permanent sterilization method and it is a very laborious process to return.

“This is something that is done to people who are in labor pains and panic about their baby’s health to consent to a life-changing procedure when they are most vulnerable,” the report said.

Melika Popp, a native of Saskatchewan who was consulted in the news, said: “It was as if these doctors were there to help me.” she said.

Accordingly, with a law passed in the province of Alberta in 1928 and continued to be implemented until 1972, the state aimed to “restrict the reproduction of unsuitable persons”. In fact, within the framework of the decision made by the Canadian Eugenics Board especially for the “dangerous” prisoners in the prison, some male prisoners were also involuntarily sterilized during the practice.

The same law, enacted in the province of British Columbia in 1933 and repealed in 1973, later increasingly targeted indigenous women. Although the law has been repealed, it seems that this criminal process continues in some institutions. In the 21st century, it is unbelievable that such a change can be made on people’s bodies without their knowledge.