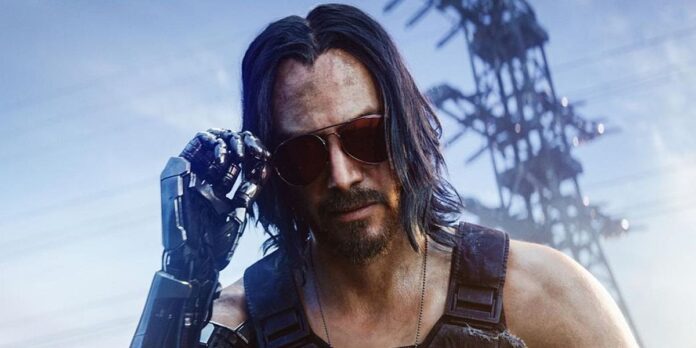 Keanu Reeves is undoubtedly one of the favorite Hollywood actors of many moviegoers. But what few know is that apart from his recent appearance in Cyberpunk 2077, the guy has also appeared in lots of video games.

Praised for his roles in the cinema (Matrix, John Wick, Speed, Dracula, Constantine …), but also for his very altruistic personality off the screen, Keanu Reeves is one of the most popular actors in the world today. current. It was therefore not a surprise to discover him in a role for the last blockbuster of the video game from CDProjekt, Cyberpunk 2077. Despite the many concerns related to the release of the latter, the fact remains that the performance of l man is very involved in the game. And after all, it was not his first attempt: since the 2000s, Keanu Reeves has already appeared in lots of video games! We look back on the actor’s video-game career in addition to Cyberpunk 2077.

For the release of John Wick 3, we were treated to a collaboration between Fortnite and the famous anti-hero / hero played by Keanu Reeves. Obviously, we are on a more cartoonish design – Fortnite obliges – but we could quite simply embody it thanks to a dedicated skin for the occasion. In addition, some challenges related to the character have been added to the game.

The Matrix: Path of Neo

This is undoubtedly the role that will have allowed Keanu Reeves to gain an international dimension: Neo from The Matrix. Path of Neo is the third game based on the film franchise, but only the first to allow the player to play as Neo. One of the first games in history that offered players to put themselves under the skin of Keanu Reeves.

Keanu Reeves was added as a playable character in PayDay 2 in 2014, with the release of the very first John Wick movie. What’s cool about this collaboration is that the character’s story matched that of the movie. We know what happened to the John Wick franchise afterwards, with the three films that became big hits.

And inevitably, with such a success of this cinematographic saga, we were entitled to a game completely dedicated to the character: John Wick Hex. And unlike what one would expect from an in-game adaptation for such a violent, action-based movie, John Wick Hex is actually a great tactical turn-based strategy game.

The career of Keanu Reeves in the 2000s after The Matrix is ​​rather mixed: Constantine in particular will not have received a very good reception. But that will not have prevented the film from being entitled to its adaptation in video game in 2005. A rather correct action / RPG (which does not break three legs to a duck) which allows the actor to appear in a more game.

Jin is the best promoter of the BE Essential Edition album

This is why V wakes up at night