Home Entertainment Thor vs. Hercules: who will win the battle with Thor 5? 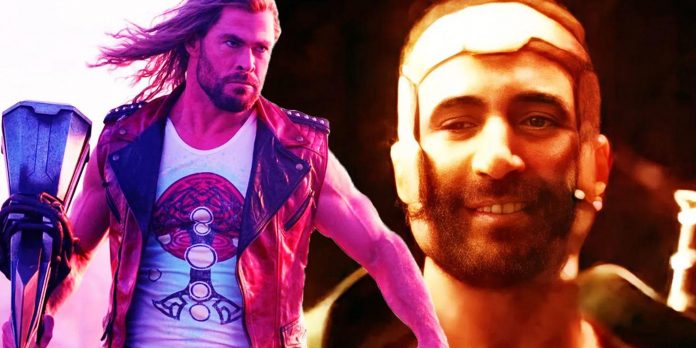 Warning: The following contains SPOILERS for the movie “Thor: Love and Thunder”.

Hercules (Brett Goldstein) is one of the many gods introduced to the MCU in Thor: Love and Thunder, and this has revived the age—old debate about who will win the inevitable battle of Thor against Hercules. While in the finale of Thor: Love and Thunder, the Mighty Thor Jane Foster and Thor Odinson secure victory over Gorr, the Butcher God, this was followed by the discovery that Zeus is still alive. Moreover, the credits scene of “Thor 4” includes the debut of Hercules in the MCU, who was assigned by Zeus to pursue Thor. This epic battle between the gods will most likely take place in Thor 5.

Hercules Panhellenios, based on the divine Greek hero Hercules, was created by legendary Marvel artist Jack Kirby and writer Stan Lee. Although the rivalry between Hercules and Thor dates back to the 1965 comic “Journey into Mystery”, the annual #1 “When the Titans Collide”, Hercules actually becomes one of the closest allies of not only Thor, but also the Avengers. However, Hercules has traded blows with Thor several times in Marvel comics, and in most cases they are equal. As the post-credits scene “Thor: Love and Thunder” finally confirms that the long-awaited clash between the two rivals/allies will take place in the MCU, the strength, combat abilities and willpower of Thor and Hercules will be put to the ultimate test. .

Hercules, based on his portrayal in Marvel comics, has a real chance of defeating Thor Odinson from the MCU in “Thor 5”. Like Thor or any other Marvel god, Hercules’ abilities depend on his self-belief and willpower. During Hercules’ Twelve New Exploits, he defeats several giant moloid creatures himself, whereas only one can easily occupy several Avengers or the entire Fantastic Four. At one point, Hercules also knocks out the Abomination with a single blow, which sends him flying through several buildings. In World War Hulk, the Hulk defeats Hercules only because the latter stops fighting to prove that he is on the side of the Hulk. While Thor from the MCU has become extremely powerful, he faces a completely different opponent in the MCU version of Hercules. In the comics, when Hercules was furious that Tony Stark, Hank Pym and Reed Richards created a clone of Thor – with the same durability of the Elder God of Asgard as the real Thor Odinson — Hercules uses a fake Mjolnir clone to decapitate him, shouting, “YOU. ART. not. THOR!” This moment in Marvel comics shows that if Hercules really wanted to, he could not only defeat Thor, but even tear his muscles and bones. However, it is unlikely that their battle will be as simple as this scenario in the Marvel cinematic universe — although Thor’s initial defeat of Hercules would be a good way to make the latter an important event in the MCU.

While Hercules may have the power to literally destroy Thor’s body, technically Thor can do the same to Hercules. An Olympian and an Asgardian are equal in strength and durability. By comparison, the toughness and brute strength of Thor and Hercules pales in comparison to the likes of Zeus—the restrained but crucial spoiler of “Thor: Love and Thunder” for any future Olympian campaigns. In the Marvel cinematic universe, Thor and Hercules will be somewhere below or equal to the power level of cosmic beings such as Captain Marvel or the Eternals.

Thor vs Hercules, as teased in “Thor: Love and Thunder”, is unlikely to be just a test of brute strength and power, but will ultimately come down to resourcefulness, combat abilities and motivation. In the Marvel Comics duel between the Greek and Asgardian pantheons, a drunken Hercules turns out to be the best fighter against Thor, who cannot escape Hercules’ wrestling grip. However, Thor secures victory by using his lightning bolt to knock out Hercules. However, while Thor’s lightning gives him an advantage, Hercules used to own Mjolnir, and given that Hercules is going to fight Thor during his father Zeus’ divine quest, it’s possible that Hercules will prove himself worthy of Mjolnir in history. from Thor 5. Given that the MCU seems to be exploring new character development opportunities using the most traditional Marvel characters, it’s hard to predict the results of Thor vs Hercules. Hopefully, the MCU will be able to do justice to the first feature film depicting one of the longest and most epic confrontations in Marvel history.