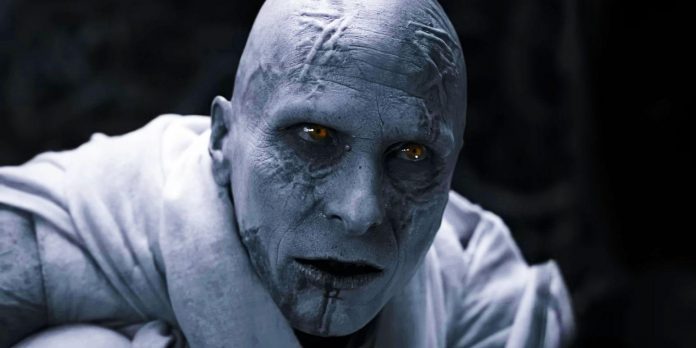 The new concept art “Thor: Love and Thunder” shows an alternative design of Gorr, the butcher god before Christian Bale was chosen. Director Taika Waititi reunited with Chris Hemsworth in the MCU movie after the Infinity Saga. Unlike “Thor: Ragnarok”, which became a critical and commercial hit, “Thor: Love and Thunder” caused more controversy, as both viewers and critics held very different opinions about the creative decisions made by Waititi and his team.

Despite the mixed reviews of some elements of Thor: Love and Thunder, one thing that deserves unanimous praise is Bale’s view of his villain, Gorr the Butcher god. Inspired by a personal tragedy, Gorr hunts down all the gods to exterminate them. His bloody path leads him to face Thor, the Mighty Thor Jane Foster (Natalie Portman) and Valkyrie (Tessa Thompson). As with his other movie roles, Bale has demonstrated commendable acting as a new MCU character, and Marvel Studios has largely stuck to the original bad guy arc in the comics. However, Waititi took some liberties when it came to Gorr’s appearance in live action.

By topic: Love and thunder show that Thor has not yet learned the lesson of the Infinity War

However, if things had gone differently, Gorr the butcher god would have looked more like his printed image in “Thor: Love and Thunder”. This was shown in a concept art created by Jackson Sze and posted on Instagram. In the caption to the post, the artist said that he created the illustration before Bale got the role. Take a look at the image below:

This image certainly shows a very different image of Gorr than the one that eventually made the final version of Thor: Love and Thunder. The artist’s original Gorr design was much closer to his comic book appearance, including his somewhat missing nose, the mustache coming from the villain’s neck, and his costume. Interestingly, when the first image of Gorr the butcher-god was presented in the form of related products and, eventually, in the trailer “Thor: Love and Thunder”, many viewers did not agree with the design of the character of Gorr in the MCU, as it was significantly different from his comic image. In the end, Waititi and Marvel decided to make Bale’s iteration more restrained and human-like, so that the actor’s performance would shine through.

Bale played Gorr well in Thor: Love and Thunder, but since he met his fate in the film, it’s unclear if the character will ever return to the MCU. If the appearance of the Butcher God stops there, it will disappoint many who thought that there should have been more of a villain in the film, which many considered a detailed and interesting addition to the MCU. Ultimately, changing the design of Gorr’s comics in “Thor: Love and Thunder” did not prevent viewers from loving and liking the image of Bale, although it is always interesting to see how the characters might look if the casting had gone differently.

What Was BLACKPINK Called In Pre-Debut? The Beginning Of The Idol...