Home Entertainment Thor Love and Thunder: This is What New Asgard Looks Like in... 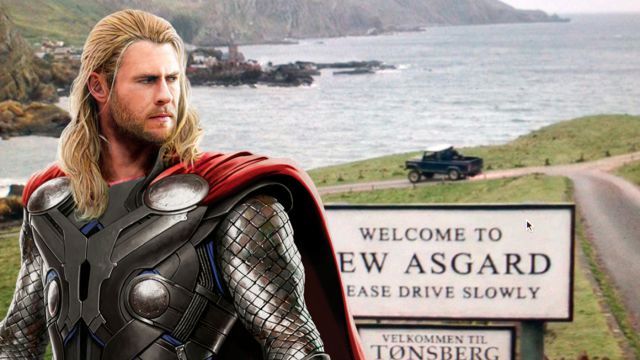 Thor Love and Thunder: Marvel Studios’ new film of the god of thunder is nearing the end of its filming and new images arrive from one of its key settings.Thor Love and Thunder, one of Marvel Studios’ upcoming Phase 4 films, is nearing the end of its filming after several months of production in Australia. And after seeing not a little leaked material filming outdoors (both photographs and videos), now comes a new filtration, this time, through aerial photographs of the film set that has been built to give life to New Asgard, the home of the Asgardians on Earth after Avengers Endgame.

And it is that as fans of Marvel Studios will remember, the surviving Asgardians ended up living in New Asgard, a town located somewhere on Earth, something that already happened in the comics; Furthermore, and after Thor’s resignation to continue to lead his people, Valkyrie took his place as head of New Asgard. And how could it be otherwise, New Asgard will appear in Thor Love and Thunder; and we already know what the Asgardian village will look like through new leaked photos.

This has been shared by the Daily Mail medium, publishing a good handful of aerial photographs of a huge film set dedicated exclusively to recreating the streets of New Asgard with all kinds of buildings and other more than curious elements. So much so, that we can see from houses to a pub, as well as a hotel called New Asgard and different boats next to a building where you can read Asgard Tours: Aerial Sightseeing, a kind of tourist service for visitors.

All this surrounded by large blue panels, surely, to recreate landscapes of the open sea in the post-production phase of the film. Thor Love and Thunder is scheduled to premiere on February 11, 2022.

Zelda Ocarina Of Time In Unreal Engine 5: This Would Be...