Home Entertainment Thor Love and Thunder: This is How Thor’s Most Eighties Looks in... 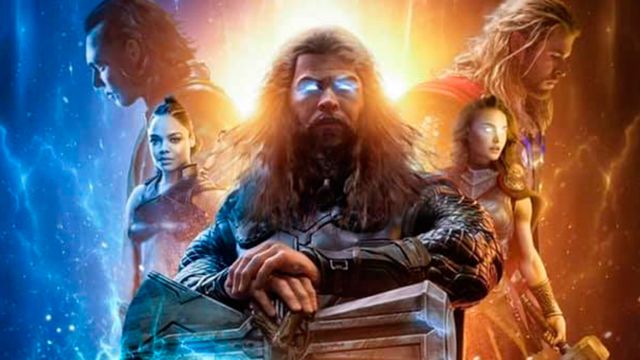 Thor Love and Thunder: The production of the new installment of Thor for Marvel Studios enters its final stretch and new photographs appear with a very particular Chris Hemsworth.Thor Love and Thunder, the new installment of the God of Thunder saga for the UCM, faces its final filming stretch these days in Australia for a premiere scheduled in theaters in May 2022. So much so, that after previous leaks of its filming outdoors, now comes a new set of photos starring its main protagonist, Thor, once again played by actor Chris Hemsworth. Although this time we can see a very peculiar aspect of Thor, almost taken directly from the 80s.

Thus, and thanks to the Daily Mail medium, new photographs of the filming set have been published with Chris Hemsworth wearing a very eighties look. This is how they explain it from said medium after taking these photos in Sydney, a city in which Hemsworth has been a few days after filming other scenes in Byron Bay. This time the film crew was in Centennial Park in that city.

Next to the actor we can see one of his seven-year-old twin sons in what looks like a shot of a Thor dressed in a much more sporty outfit than usual, with ribbons in his hair and wrists, a T-shirt and vest, baggy pants and sneakers. Remember that at the beginning of filming other photos of Thor were leaked, on that occasion, wearing a much more rocker look. In what situations will Thor find himself forced to change his appearance so much?

After the events of Avengers Endgame, Thor joins the Guardians of the Galaxy to live new galactic adventures with Star Lord and the rest of the colorful Marvel characters. On the other hand, in this new installment we will see how Jane Foster (Natalie Portman) becomes Mighty Thor; together they will have to face the villain Gorr, the butcher of gods, played by Christian Bale.